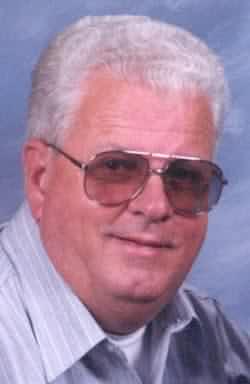 B. Dale Rogers, 58, of 280 Hi Alta Avenue, Asheville, died Friday, January 31, 2003, at a local hospital. A native of Buncombe County, he was a son of the late Troy P. and Delma Robinson Rogers. He was also preceded in death by a grandson, Brandon John Rogers. Mr. Rogers was a 1962 graduate of Enka High School and was a member of Sunrise Baptist Church where he drove the church bus for the senior citizens group. He was a bus driver for Trailways Bus Lines for 24 years. Mr. Rogers is survived by his wife of 38 years, Lola Johnston Rogers; daughter, Leanna R. Moody and her husband Mike of Canton; a son, Randy P. Rogers and his wife Dorothy of Asheville; a brother, Carlie Rogers and his wife Bobbie of Asheville; a sister, Mae Hawkins and her husband Doyle of Asheville; six grandsons, Adam, Ben, Jeremy and Seth Rogers and Chad and Joshua Moody. Funeral services will be 2:00 pm Sunday in the Patton Avenue chapel of Groce Funeral Home with the Reverend Bill Higgins officiating. Burial will follow at Pisgah View Memorial Park. Pallbearers will be Jim Parker, Vono Anglin, Larry Plemmons, Tom Raymer, Ed Elliott and Lance Waite. His grandsons will serve as honorary pallbearers. The family will receive friends from 6:00-8:00 pm Saturday at the funeral home and request that memorials be made to Sunrise Baptist Church, 419 Deaverview Road, Asheville, NC 28806.