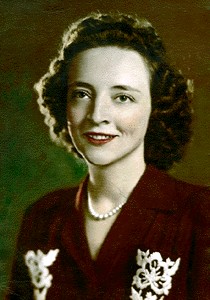 A memorial service for Blanche M. Young will be 7 pm Wednesday in the Mt. Moriah Wesleyan Church conducted by the Revs. Paul Mullinax, Edsel Burgess and Mr. Joe Brown.

Mrs. Young was a native of Haywood County, the daughter of the late John Wesley and Dovey Trull Massie.  She was wife of the late L.V. Young, who died in March 1998.

Mrs. Young was employed by American Enka from 1931 until 1945 where she was actively involved in establishing the union and representing the union at national levels.  She was always an avid supporter of worker's rights.

In the 1940's she and her husband began commercial cattle and poultry farming operations in the Young's Cove area of Candler under the name of Hidden Valley Farm.  She continued to operate the farm until 1970.  Mrs. Young was an active gardener, a member of the Buncombe County Soil and Water Commission and was active in the Democratic Party.

In 1990, at the age of 74, Mrs. Young joined her son in beginning greenhouse operations in Candler.  She loved the work and enjoyed meeting the public.

The family will receive friends following the service at the church.