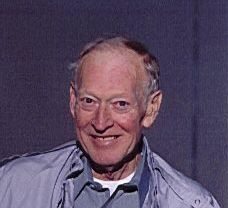 A native of Hendersonville, he was the son of the late Dewey and Beverly Moody Corn and grandson of the late Horace and Fannie McCarson Corn and Joel Washington and Mary Rebecca McCall Moody. He also was preceded in death by a brother, Raymond Corn. Mr. Corn was a graduate of Hendersonville High School, class of 1953, retired with the rank of Senior Master Sergeant from the U.S. Air Force following twenty-two years of service and attended UNC-Asheville for 4 years working toward a BS degree in Management. Mr. Corn was the founder and publisher of IWANNA, Inc. of Asheville and Greenville, SC and founder of IWANNA, Inc. in Hickory. He was a member of Arden Presbyterian Church, was a Golden Chief at Florida State University, a member of the Independent Automobile Association and the N.C. Newspapers Association.

The family will receive friends from 7:00 until 8:30 PM Saturday in the chapel of Groce Funeral Home at Lake Julian on Long Shoals Rd.