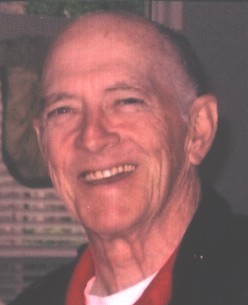 Fletcher – Dannie W. Johnson, 61, died Wednesday, January 11, 2006, in the John Keever Hospice Center. A native of Polk County, he was the son of Autense McEntyre Johnson of Asheville and of the late David Johnson. Dannie was an Air Force Veteran and a retired supervisor with Piedmont Airlines and U.S. Airways. He was a member of Biltmore Baptist Church and more recently attended Sweeten Creek Free Will Baptist Church. He was an avid golfer and was a member of High Vista Country Club. In addition to his mother, he is survived by his wife, Judy Wells Johnson; son, Van Johnson and his wife Julie, of Pittsfield, New Hampshire and two sisters, Debbie Balmes and her husband Bill of Mars Hill and Kaye Matthews, and her husband Sam of Fairview. He was preceded in death by a sister Mary Johnson of Mills River and a brother, James Johnson of Georgia. A funeral service will be held at 2:00 P.M. Saturday in the chapel of Groce Funeral Home at Lake Julian conducted by the Rev. Jim Stroupe. Interment will follow in Calvary Churchyard. The family will receive friends from 7:00 P.M. until 8:30 P.M. Friday at the funeral home. In lieu of flowers, memorials may be made to Mountain Area Hospice, P.O. Box 25338, Asheville, NC 28813.