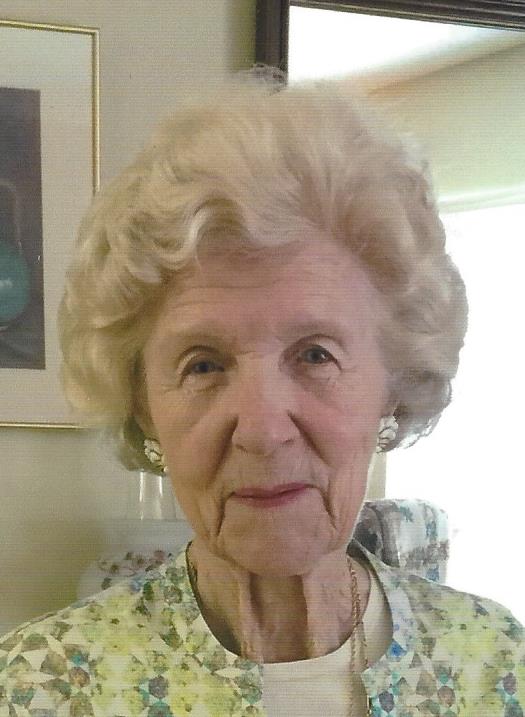 Delores “Micki” Ann Ahlin passed away at her home in Fletcher on August 3, 2017. The daughter of the late August and Leonora Meyer, she was born in Green Isle, MN on February 3, 1922. In addition to her parents, she was preceded in death by Bjorn “John” Ahlin, her beloved husband of 68 years and brothers August and Vincent Meyer. She is survived by her daughter, Karen Ahlin Kimsey of Fletcher; sons-in-law, Roy Patterson of Fletcher and Jim Kimsey of Casa Grande, AZ; grandson, Clay Bjorn Kimsey of Angel Fire, NM; sisters, JeNola Panning of Chaska, MN, Arlene Howe of Big Fork, NM, Eurice Smith of Burnsville, MN; brother, Harold Meyer of Maple Lake, MN, as well as several nieces and nephews and her precious angel, Shelly. Upon completion of her education, she worked in a War Defense Plant in Minneapolis, MN and it was at a USO dance that she met and married John. They moved to South Carolina where John completed his education at Wofford College and the University of South Carolina. After obtaining his pharmacy degree, Micki and John moved to Sylva, NC where they spent the next 30 years. She was one of the founding members of the Sylva Garden Club and was very active in the 20th Century Club. After John’s retirement from business in the 90’s, they moved to Asheville. Micki was a member of Calvary Episcopal Church in Fletcher. Micki was an active participant in many community activities during her years in Sylva. An avid supporter of education, she supported numerous projects in the public-school system and Western Carolina University. Within the community, she was an organizing element for many charitable and social activities. Since John was a member of the city council for many years, she supported efforts and projects that brought a better quality of life for their community. An active member and contributor to all of the activities of St. John’s Episcopal Church, she considered her service on the Altar Committee as a gift of love to the members of that parish. The family wishes to express their appreciation to the nurses, staff and doctors of CarePartners Hospice. They not only cared for Delores, but also extended their loving care to the family. A Memorial Service will be held at 2:00 PM on Thursday, September 7, 2017 at Calvary Episcopal Church in Fletcher, with Rev. Vic Mansfield and Rev. J. Clarkson officiating. A reception at the church will follow the memorial service. In lieu of flowers, the family requests that memorial contributions be made to the CarePartners Foundation, PO Box 25338, Asheville, NC 28813 or to Calvary Episcopal Church, 2840 Hendersonville Road, Fletcher, NC 28732. Groce Funeral Home at Lake Julian is assisting the family.