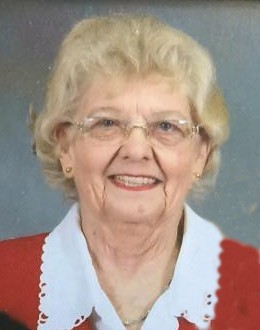 Ethel Erwin Misenheimer, 81, of Asheville, died on Thursday, August 13, 2015, at the Memorial Campus of Mission Hospitals. A native of Erwin, TN, Mrs. Misenheimer was a daughter of the late Ray and Carrie Erwin. She was also preceded in death by her husband, Frank Worth Misenheimer. Mrs. Misenheimer was a member of Emma Baptist Church. She is survived by her son, David Ray Misenheimer and wife Crystal, and grandson, David Worth Misenheimer, all of Asheville; and special family members, Brenda Nelson and Gay Whitson, both of Erwin, TN, and Pat Erwin, of Alabama. A memorial service for Mrs. Misenheimer will be at 7:00 p.m. on Tuesday evening at Groce Funeral Home on Patton Avenue with Pastor Billy Kirk officiating. Her family will receive friends for one hour prior to the service. A private inurnment service will be held at Ashelawn Gardens of Memory.