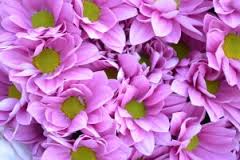 She was preceded in death by her husband of 24 years, Hardy Ownbey; parents, William Edward and Gertrude Bridges Hipps; brothers, Charles Hipps and Herman Hipps; and sisters, Hilda Corn and Mary Murray.

Inez is survived by her brother and sister-in-law, Ray and Carolyn Hipps, of Leicester; sister, Kathleen Gooch, of Asheville; 10 nieces and nephews; and six stepchildren.

Inez was born sixth of seven children on September 9, 1932. She graduated from Emma High School in 1950 and began working in retail prior to graduating. She later was employed by the Buncombe County Register of Deeds where she retired after 28 years. Inez received Christ and was baptized at Deaverview Baptist Church as a teenager. She was a devoted member of Laurel Springs Baptist Church, Fairview, for over 30 years and was most recently a member of Victory Baptist Church, Asheville.

The Lord gifted her with an ear for music, and as a teenager, Inez began a lifelong passion for playing the piano and organ by taking piano lessons starting at age 15 and organ lessons at Dunham’s Music House later in life. In her twenties, she played and sang on radio and TV broadcasts including “The Story of Jesus” on channel 13 in the 1950s. She also played for the Asheville Drive-in Church and revivals throughout the area with the Robert E. Harris Evangelistic Association. Throughout her life, Inez has played and sang at untold weddings, funerals, and churches, thereby demonstrating a life of service to the Lord and others through music. She and Hardy shared this love of music and sang often together in church.

Inez easily made a friend, loved people, loved her family, and loved the Lord. She will be greatly missed.

A graveside service will be held at Green Hills Cemetery, Asheville on Tuesday, June 15, at 1:00 p.m. The Rev. Rendell Hipps will officiate.