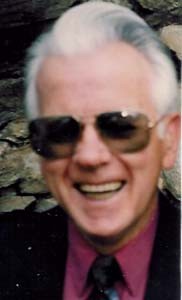 George L. "Harold" Pittman, 86, of Milk Sick Cove Rd., Candler died on Monday, January 22, 2007, at his residence. A Landrum, SC native, Mr. Pittman was son of the late George and Mattie Bell Lindsey Pittman. Mr. Pittman was also preceded in death by his son Dennis G. Pittman, who died in 1972, and several brothers and sisters. Mr. Pittman worked for 20 years with the US Forest Service with the Older American Program at Bent Creek. Prior to that, he was a self-employed logger. He was an avid ginseng hunter and outdoorsman. He was a member of Pole Creek Baptist Church. Mr. Pittman is survived by his wife of 62 years, Betty Parris Pittman; sons, David Pittman and wife Gisela, of Phoenix, AZ, Kelly Pittman and wife Ann, Doug Pittman and wife Robin and Scott Pittman and wife Trish, all of Candler; five grandchildren, and five great-grandchildren. Funeral services will be 2:00 p.m. Wednesday at Pole Creek Baptist Church with the Revs. G.W. Jamerson and Dennis Thurman officiating. Interment will follow at Snow Hill Methodist Church Cemetery. Serving as pallbearers will be Robbie Lee Pittman, Page Pittman, Clay Pittman, Travis Pittman, Ronnie Pittman, and Dewey Barbee. His family will receive friends one and a half hours prior to the service at the church.