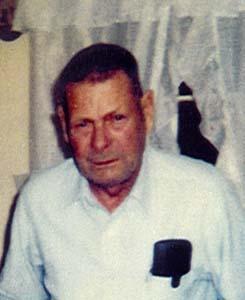 Mr. Johnston was born in Buncombe County and was a son of the late Horace Samuel and Lula Aldridge Johnston.  He was an Army veteran of WW II   and was a former truck driver for Banana Distributing Co.  More recently he was a painter with Clement Painting Co.

Funeral services will be at Noon Monday, January 11, in the chapel of the Western Carolina State Veterans Cemetery, with the Revs. Ronald Dodson and Buddy Corbin officiating.  Military rites will be provided by the Buncombe County Veterans Council Volunteer Memorial Team.

His family will receive friends from 7 - 8:30 pm Sunday at Groce Funeral Home on Patton Avenue.