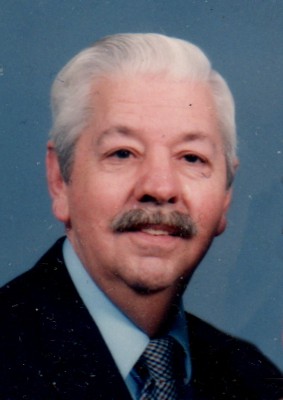 James Henry Shillinglaw, 74, of 146 Stradley Mountain Road, Asheville, died Saturday, March 7, 2009. Mr. Shillinglaw was born in Buncombe County and was the son of the late Tracy and Cora Knighten Shillinglaw. He served as an aircraft mechanic in England with the US Air Force during the Korean War. Following that he worked for Civil Service at Eglin Air Force Base, also in aircraft mechanics. He worked for American Enka for 14 years and retired in 1999 from the Guest Relations Department of the Biltmore Company. Mr. Shillinglaw enjoyed a variety of activities, including photography, fishing, and music, especially Southern Gospel. He also enjoyed all sports, especially basketball. He is survived by his wife of 50 years, Helen Cutshall Shillinglaw; two daughters, Vickie Ray and her husband, David, of Candler, and Sebrena Fair and her husband, Jim, of Black Mountain; four granddaughters, Jessica Ray, Emily Ray, Samantha Ray and Brittney Clement; two step-grandsons, and one step-granddaughter; one sister, Ann Phillips of Asheville and one brother, Bob Shillinglaw of Dallas, TX. The funeral will be at 2:00 p.m. Tuesday at Bent Creek Baptist Church with the Rev. Tommy Bridges officiating. Interment will follow in the church cemetery. The family will receive friends Tuesday at the church from 12:30 to 2:00 p.m. prior to the service.