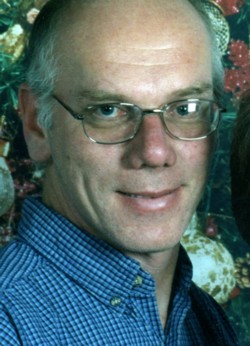 James Jay Lance, 55, of 7 Honey Locust Lane, Candler, passed away peacefully on Sunday, December 14, 2008, at Memorial Mission Campus Hospitals following a brief illness. Born on August 12, 1953 in Buncombe Co., Mr. Lance was a son of the late James Jay, Jr., and Christine Smathers Lance. He was also preceded in death by his son, Jamie Lance; brother, Charles Lance; and by his maternal and paternal grandparents. Mr. Lance had been employed at American Enka/Colbond for 37 years. He was a member of White Rock Baptist Church and was a member of the Upper Hominy Fire Dept. He was a loving husband, father, brother, and friend and will be missed by all. Mr. Lance is survived by his wife, Sarah Lance; son, Jon Lance; step-daughter, Kelly Walters; step-sons, Bobby and Steven Walters; six sisters, Barbara Lama, of High Point, Susan West, Becky Lance, and Allison Lunsford, all of Candler, Rose Mary Tolley, of Johnson City, TN, and Nancy James, of Leicester; and two grandchildren, Jamie and Mason; six nieces, and three nephews. A memorial service for Mr. Lance will be at 7:00 p.m. Thursday at the Groce Funeral Home chapel on Patton Ave. with the Revs. R.H. "Bud" Lance and Norman Sanders officiating. His family will receive friends following the service. In lieu of flowers, donations may be made to one's favorite charity.