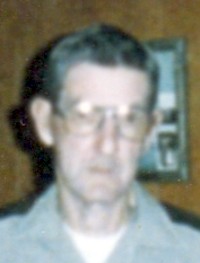 Jasper Manson Henson, 80, of 51 Long Cove Road, Candler, died Thursday, June 26, 2008, at the VA Hospital. Gone but not forgotten. A native of Buncombe County, he was a son of the late George and Mattie Kerley Henson and was also preceded in death by his wife, Clara Gilbert Henson, who died in 2007. Mr. Henson served the state of North Carolina for 25 years in the maintenance department at the Buncombe County Courthouse and also worked as a security officer for Bentley Security. A veteran of the US Marine Corps, he was a member of Ridgeway Baptist Church. A loving uncle who cared deeply for his family, he will be sadly missed by his sister, Emma Dee Laney and brother, Roy Lee Henson, both of Candler and numerous nieces and nephews. Graveside services will be 2:00 pm Wednesday at Ridgeway Baptist Church Cemetery with the Revs. Charles Sprinkle and Jackie Collins officiating. His family will receive friends from 7:00-8:30 pm Tuesday at Groce Funeral Home on Patton Avenue. Memorials may be made to Hearts with Hands, 951 Sand Hill Road, Asheville, NC 28806.