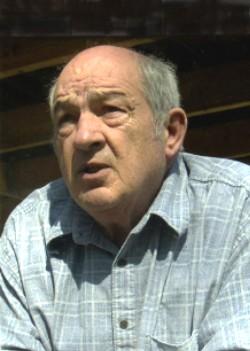 Jerry McCampbell Wolfe, 72, of English Dr., Candler, died Sunday, October 2, 2011. A native of Buncombe Co., NC, he was a son of the late Thomas Edgar and Edna Wooten Wolfe. He was also preceded in death by a daughter, Laura Marie Wolfe; granddaughter Jessie Megan Wolfe; and brothers James, Thomas, and Hubert Wolfe. Mr. Wolfe was a Veteran of the U.S. Army. He was retired from Mission Hospitals. He was the beloved husband, father, grandfather, and friend. He is survived by his wife, Jeannie Whitt Wolfe; a son, John Wolfe of Candler; grandsons Robert, Dallas, and Dakota Wolfe; and a sister, Patsy Brown and husband Larry of Candler. At his request, no services are planned. The family will receive friends from 7:00 to 8:30 p.m. Tuesday at Groce Funeral Home on Patton Avenue. In lieu of flowers, memorials may be made to the Elks Shoe Party, Asheville Lodge No. 608, PO Box 1740, Asheville, NC 28802-1740.