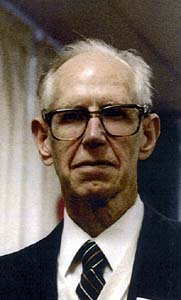 A native of New Orleans, LA, he had lived in Asheville since 1920.  He was the son of the late John H. and Louise Rolling Lange, Sr.  He was a graduate of St. Genevieve Boys School, St. Joan of Arc School, Lee H. Edwards High School and attended Belmont Abbey.  Mr. Langeassisted in the management of the Lange family real estate property until 1964.  He was an active member of the Basilica of St. Lawrence where he was an Altar Server for many years and was a rth Degree Knight of Columbus.

He is survived by his beloved wife of 37 years Gloria Lunsford Lange; two cousins, Ann Callaway Miller and her children, and Holt F. Callaway, Jr. and his wife Joan and their children and a number of nieces and nephews.  Funeral services will be 12:10 pm Friday at the Basilica of St. Lawrence, DM with Father Christopher Davis officiating.  The family will receive friends beginning at 11:30 am at the church.