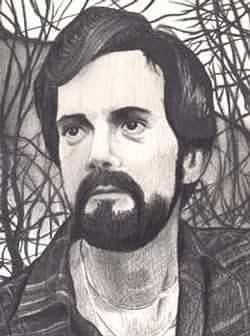 John Michael Magruder, 56, formerly of 115 Bear Creek Road, Asheville, died Thursday, June 10, 2004, at the Hospice Solace Center. Mr. Magruder was a native of Buncombe County and was a graduate of Lee H. Edwards High School. He was a son of Edwin F. Magruder of Asheville and the late Marguerite Hicks Magruder who died in 2001. He was also preceded in death by a brother, Thomas Edwin Magruder. In addition to his father he is survived by a brother, Greg Magruder and his wife Janet of Asheville and a niece Sarah Magruder. Graveside funeral services will be 11:00 a.m. Saturday at Green Hills Cemetery with the Rev. William Clodfelter officiating. His family will receive friends one hour prior to the service at Groce Funeral Home on Patton Avenue. In lieu of flowers memorials may be made to Mountain Area Hospice, PO Box 25338, Asheville, NC 28813.