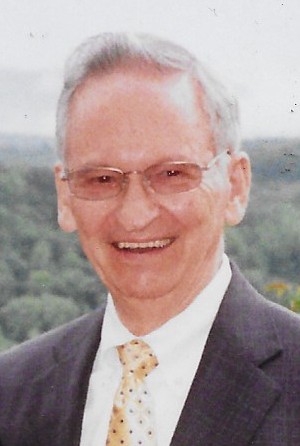 John N. Spears, age 83, passed away peacefully at his Asheville home after a lengthy illness. He was the son of Ruth Stovall Spears and T.J. Spears. He is survived by his dedicated and loving wife Ylonda, loving and beloved daughter Kathy Spears Hensley (Bryan) and granddaughter Ellen Turner. He was one of five children and is survived by his sister Doretha Zearfoss (Ken).

Mr. Spears was a graduate of Mercer University and extended his studies at Georgia Tech. His dedicated career of 37 years with the Oil Industry brought him respect from co-workers and where he achieved multiple awards and recognition.

He was an active member of First Baptist Church of Asheville and the Agape’ Bible study class. John leaves behind a legacy of his love for the word of God and the help it provided him in his life’s journey. He was a believer of prayer, guided to read the scriptures because of the promises that there is a life beyond our life on Earth. He was a man of wisdom who had the gift of delivering the scriptures in a comforting manner and was an excellent listener.

The family is grateful for those that gave professional care during his illness and for friends who provided emotional support and prayers.

A private celebration of life will be held in the Sacred Garden at First Baptist on May 4th, with the Revs. Leah Brown and David Blackmon officiating.

In lieu of flowers, friends of John may wish to remember him with a donation to a charity of their choice.