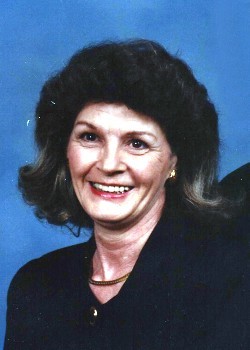 Judith Hixon Brown, 74, of Dixon Terrace, died Tuesday, August 12, 2014, at the John F. Keever Solace Center. Mrs. Brown was born in Buncombe County and was a daughter of the late Charles S. and Bonnie Fender Hixon. She was married to Bobby Brown, Sr., who died in 2008. She was a member of Deaverview Baptist Church, where she served as a youth leader and Sunday School teacher. Surviving are her three sons, Bobby Brown, Jr. (Sharon) of Candler, Steven Brown (Rhonda) of Hendersonville, and Jeffrey Brown (Donna) of Asheville; a sister, Christine Lambert of Birmingham, AL; five grandchildren and two great-grandchildren. Funeral services will be at 11:00 a.m. Friday in the Patton Avenue chapel of Groce Funeral Home with the Revs. Gary Odom and Kevin Boone officiating. Entombment will follow at Pisgah View Mausoleum. The family will receive friends at the funeral home one hour prior to the service. Memorials may be made to Pisgah Manor Health Care Center or to CarePartners Solace.