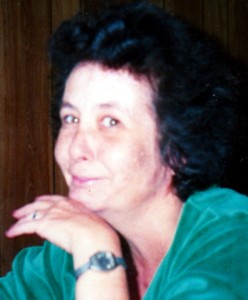 Kathleen Elaine Ward Buckner, 59, of 39 Hensley Drive, Leicester, went to be with the Lord Thursday, September 13, 2007, at her home following a long illness. A native of Buncombe County, she was preceded in death by her father, Frank L. Ward, and her mother, Lucinda Anderson Ward. She was a textile worker, and was most recently employed at SDX Electronics. She attended New Morgan Hill Baptist Church. She is survived by her daughter, Pamela Denise Reemes; her son, Jerry Wayne Buckner; two granddaughters, Renee Mace and Christa Reemes; and a special friend, Jerry Buckner. Joint funeral services for Mrs. Buckner and her sister, JoAnn Jones, will be at 11:00 a.m. Monday in the Patton Avenue chapel of Groce Funeral Home with the Rev. Roy E. Houston officiating. Interment for Mrs. Buckner will follow at Ashelawn Gardens and for Mrs. Jones at Pisgah View Memorial Park. The families will receive friends from 7:00 to 8:30 p.m. Sunday at the funeral home.