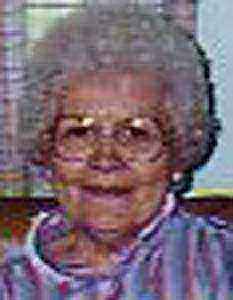 KATHRYN CLARK WARREN Kathryn Clark Warren, 71, of 1631 Pisgah Highway, Candler, went home to be with the Lord on Friday, October 28, 2005, following a long, tiring battle with Parkinson’s Disease. A native of Buncombe County, she was the daughter of the late Hascue and Margaret Clark. Mrs. Warren was also preceded in death by a brother, James Conley Clark and a sister, Eureka McAninch. She was a former employee of Mars Manufacturing Inc. and later Three Mountaineers, Inc. and was a faithful member of Hominy Valley Independent Church. Survivors include her husband of 49 years, Delon Roy Warren; a daughter, Kathy Warren Ramsey and her husband Don; a son, James Delon Warren and his wife Roxanne; three grandchildren whom she loved dearly, Amy Elizabeth Capps, Rebecca Lynn Warren and Benjamin James Warren; two sisters, Pat Laws and her husband Ralph and Sarah Ward and her husband Walter, all of Candler. Funeral services will be 2:00 pm Monday at the former Pisgah United Methodist Church on Pisgah Highway with the Reverend Austin Watts officiating. Burial will follow in the church cemetery. Her family will receive friends from 7:00-8:30 pm Sunday at Groce Funeral Home on Patton Avenue where the body will remain until being placed in the church 30 minutes prior to the service.