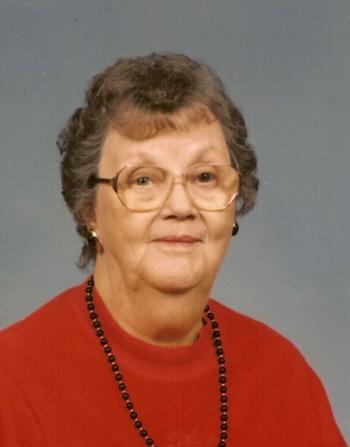 Lois Dumas, 91, of Brevard Road, died Tuesday, November 9, 2004. A native of Mecklenburg County, Mrs. Dumas was the daughter of the late Charles and Ava McAulay Washam. She was preceded in death by her husband of 46 years, Eugene Staton Dumas, who died in 1988; her step-father, Frank Reid and a brother, James Clarence Washam. Mrs. Dumas and her husband operated The Dumas Grocery and she was a charter member of Long Shoals Baptist Church, where she served as secretary of the Sunday School for a number of years and was a member of the Women’s Missionary Union. She was a member of the Avery’s Creek Extension Homemaker’s Club. Surviving is a son, Charles Dumas, and his wife Elaine, of Murphy; two grandchildren, Charles Dumas, Jr., and his wife Gwen, of Aberdeen, NC and Julia Carol Moore, and her husband Brian, of Marble, NC; three great-grandchildren, Rachel and Jacob Moore and Isabel Dumas. Also surviving is a sister, Sadie Enloe of Gilkey, NC and a brother, Benjamin Reid of Brooklyn, NY. Funeral services for Mrs. Dumas will be held 2:00 p.m. Thursday at the Long Shoals Baptist Church with the Reverend Roger Rearden officiating. Burial will be at Green Hills Cemetery. The family will receive friends from 1:00 pm until 1:45 pm at the church. Memorials may be made to Long Shoals Baptist Church, 661 Long Shoals Road, Arden, NC 28704. Groce Funeral Home at Lake Julian on Long Shoals Road is in charge of arrangements.