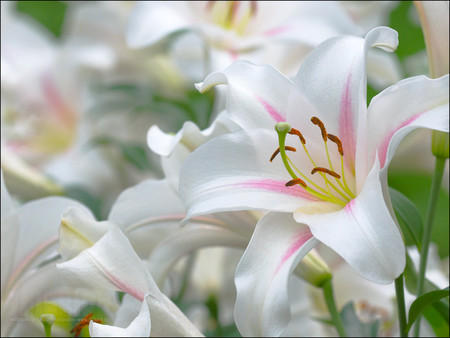 Louise Lindley Hatch was born 13 June 1919; died gently Tues. 5 Feb. 2013 in her room at Deerfield Episcopal Retirement Community surrounded by all of her children, her many friends and the priests of Deerfield. Louise was born in New Castle, PA, the daughter of Lt. Commander Leo Lee and Marian Pierson Lindley. As the daughter of a Naval officer who was often at sea, much of Louise's childhood was spent at naval bases in California. She graduated from Berkeley High School and The University of California, Berkeley, "was not a hippy" but a member of the Alpha Phi Sorority. She was proud to say that all you needed for Berkeley in those days was a good report card and $24.50 a semester. Louise married James Jefferson Hatch, also of UC Berkeley, son of Cornelius and Doris Hatch of Vallejo CA, owners of the Monticello Steamship Co., the fastest ferryboats on the San Francisco Bay. After graduation, Jim Hatch joined the US Army and Louise went from being a Navy junior to an Army wife who rooted for Navy for 21 years before considering the debt repaid and switching to Army. Soon after marriage, Louise and Jim moved to Fort Benning, GA. After completing Airborne training, Jim left for England and soon parachuted in behind the German lines on D-Day, while Louise returned to CA. After the war and from there on, it was many moves, in and outside of the country, and many children. Louise's only sibling Phyllis Lindley of Chico CA sadly died just this past June 28th. Louise is survived by 5 of her 6 children. Sara (Sally) Brewster Hatch and husband Gary Swartz of Vilas, NC and their daughter Lindley; James Cooper Hatch and wife Sherrie of Hawkinsville, GA and their son Chris, Marian (Muffin) Hatch Vallely and husband Paul of Bigfork, MT and their daughter Dana and Scott (sadly deceased); Richard Kenneth Hatch, also sadly deceased, formerly of Wintergreen, VA , and his sons Nathan and Joe; Laura Lee Hall and husband Robert of Aiken, SC and their son Graham; William Riley Hatch and wife Marla of Banner Elk, NC and their daughter Jessica. Louise has always been a faithful and active member of the Episcopal Church and a member of the Daughters of the King. She justly earned the local title of "Church Lady". Louise played a mean hand of poker and shanghai, and loved a good party. A memorial service is scheduled for Friday, 8 February at 10:00am at St. Giles Chapel of Deerfield Episcopal Retirement Community on Hendersonville Rd., Asheville, NC with interment to follow at Holy Cross Church Memorial Garden, Valle Crucis, NC at 4:00pm. In lieu of flowers, the family requests for memorial contributions to be made to St. Giles Church, 1617 Hendersonville Rd., Asheville, NC 28803; and Holy Cross Church, PO Box 645 Highway 194 of Valle Crucis, NC, 28691.