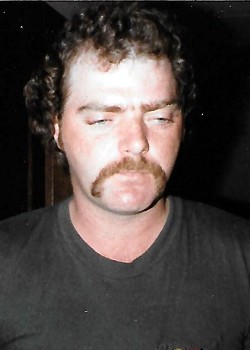 Robert Lee Brown, 57, passed away Thursday, November 30, 2017, at the CarePartners Solace Center. Born in Buncombe County, Robert was a former driver for Pearson's Oil Co. and also worked at the Brahma Ridge Event Center in Candler. He is remembered as an easy going, soft spoken person with a good heart and a jubilant spirit who loved being outdoors. He is survived by his parents, Bobby J. and Helen W. Brown; sister, Kristi Brown; brother Kevin Brown and his wife Carol; and aunt, Irene Guy. He was preceded in death by a brother, Ricky Brown, and by grandparents, J.D. and Argana Brown and Mildred Guy Warren. Graveside services will be at 2:00 p.m. Saturday at Browns View United Methodist Church Cemetery. The family will receive friends in Browns View United Methodist Church following the service. Groce Funeral Home on Patton Ave. is assisting the family.