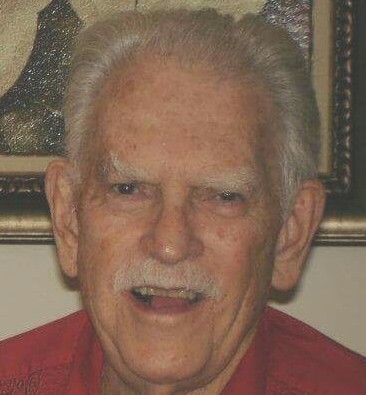 Robert Nathan "Perch" Dempsey, Jr., 86, of Candler, died on Monday, February 13, 2017, at StoneCreek Health & Rehabilitation. A Buncombe Co. native, Mr. Dempsey was the son of the late Robert Nathan, Sr., and Lois Hixon Dempsey. He was also preceded in death by his son, Charles Andrew "Chuck" Dempsey, and grandson, Robert Lewis Dempsey. Mr. Dempsey was a veteran of the U.S. Navy. He later retired from AT&T following 39 years of service. One of Perch's favorite things to do was heading to Harbor Inn for meals with his work friends. He was also a member of Oak Forest Presbyterian Church, where he taught Sunday School for many years. He is survived by the love of his life, his sweet thing and wife for 63 years, Jean Dillingham Dempsey; son, Robert Nathan "Robbie" Dempsey, III, and wife Ruthie; grandchildren, Laura Coe Dempsey, Dennis James Doherty, and Brandy Echols; and great-grandchildren, Charles Dishman, Luke and Devin Doherty, and Morgan Echols. The memorial service for Mr. Dempsey will be at 5:00 p.m. on Saturday at the Groce Funeral Home chapel on Patton Ave. with the Rev. Ron Brown officiating. His family will receive friends for one hour prior to the service.