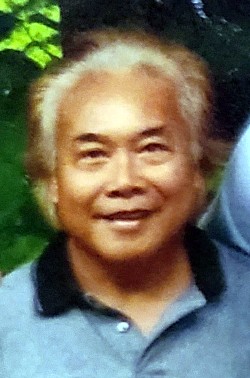 Born in the Phillipines, Samuel was one of 9 children of the late Alejandro Gonzales and Aurelia Trimor.

Samuel lived most of his life in the U.S., mostly in California and Florida, coming to Asheville in the mid 1980’s. He worked as a dental lab tech in Jacksonville and Asheville. He was of the Catholic faith.

He served 6 years as a Navy Seal, of which 5 years were at sea, including 2 tours of duty in Vietnam, where he was wounded and received 2 Purple Hearts.

Sammy was the sole provider and caretaker of his wife Debbie, who is battling terminal cancer. A private family ceremony will take place this week, with the Rev. Charlie Sams officiating. In lieu of flowers and your time, donations to assist the family in expenses can be made via Venmo, @SamGonzalesMemorial (3325).