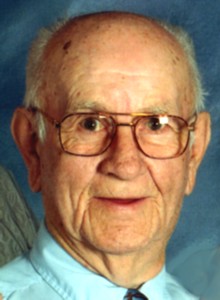 Buddy Grant Warren, 76, of 73 Alton Warren Drive, Candler, died Monday, February 5, 2007. Mr. Warren was born in Buncombe County and was a son of the late Alton and Jessie Rogers Warren. He was also preceded in death by a son, Robert Warren. Mr. Warren was retired after 34 years with BASF, mainly in the Shipping/Receiving Department. He was a faithful husband, devoted father and loving grandfather and great-grandfather who was loved by everyone. He is survived by his wife of 55 years, Marcella Dills Warren; two daughters, Sharon Carver of Fairview and Jennifer Grable of Candler; three sons, Dean Warren, Randy Warren, and Mike Warren, all of Candler; a brother, Ralph Warren of Candler; fifteen grandchildren and nine great-grandchildren. Funeral services will be at 3:00 p.m. Thursday at Browns View United Methodist Church with the Rev. Bobby Winebarger officiating. Burial will be in the church cemetery. His family will receive friends at the church one hour prior to the service.