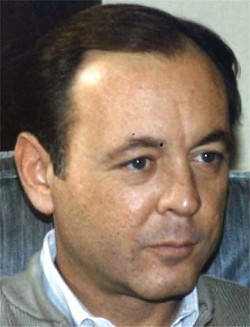 J. Robert Hufstader "Bob" died on January 21, 2012 at his home surrounded by family and friends after a long battle with cancer. Bob was born on July 18, 1941 in Mount Pleasant, Iowa to Gaylord and Virginia Hufstader. After having lived in Keokuk and Burlington, Iowa where his father managed several music stores, Bob moved with his family to Great Falls, Montana, and eventually Hickory, NC to follow his father's corporate work. After Bob graduated from Claremont High School in Hickory, NC, he began studies in music at Appalachian State University, and later graduated from UNC-Chapel Hill. Upon graduation, he soon decided to pursue a career in law and entered the School of Law at UNC-Chapel Hill. He received his Juris Doctorate and was admitted to the N.C. State Bar in 1967. Before taking on the voice of the less fortunate as a public defender, Bob worked for State Farm Insurance as a claims adjuster. After his professional transition to an assistant attorney in the Public Defender's Office in 1973, it was not long until the persistent and hard-working Bob would ascend to the role as Chief Public Defender. Serving as Public Defender from 1979 to 2007, Bob had proven to be steadfast, loyal, compassionate, and a champion for those unable to defend themselves. If anything was certain, Bob was a man of passion – a virtue that not only informed his career, but infiltrated his personal life as well. He reveled in the time spent with family, friends, and co-workers, often hosting vivacious parties. No less the entertainer, he cooked up fantastic culinary creations, toasted with the best of them, and did so with an endearing smile and charming wit. Bob was also a man of varied interests; he loved music and was an avid shag dancer, as he would often take trips to Myrtle Beach and Greenville, where he inevitably cultivated lasting friendships. In addition to his dancing trips, a great deal of his leisurely time was spent on family outings to his parents' cabin in Linville, NC. To say that Bob had possessed a stalwart character would be a modest observation. His generousness knew no bounds and his unabashed confidence commanded earnest respect. He was a fighter who tested his resolve right until the very end. Even when sick, he had a penchant for inciting the laughter of those around him; and though his departure is final, his legacy will live on in the hearts of those who knew him well. Bob was preceded in death by his parents, Gaylord and Virginia Hufstader; two children, Karen Hufstader and James Michael Hufstader (both infants). He is survived by two children: Trina Hufstader of Asheville, NC and John Hufstader of Asheville, NC; brother, Ronald Alan Hufstader and his fiancee, Nancy Taylor, of El Paso, Texas; niece, Lindsey Erin Hufstader of Austin, Texas; cousin, Robert Hufstader (Rusty) of Middleburg, Florida; aunt, Vera Walker Virden of Kahoka, Missouri; the mother of his children, Jean Baker. The family would like to thank the caregivers of TLC For You, Inc. and CarePartners Hospice for their love and support. In lieu of flowers, memorials may be made to CarePartners Hospice in Asheville, PO Box 25338, Asheville, NC 28813. A memorial service is scheduled for 5:00 p.m. Friday, January 27, 2012, in the Patton Avenue chapel of Groce Funeral Home with the Rev. Dr. Robert Blackburn officiating. His family will receive friends one hour prior to the service.