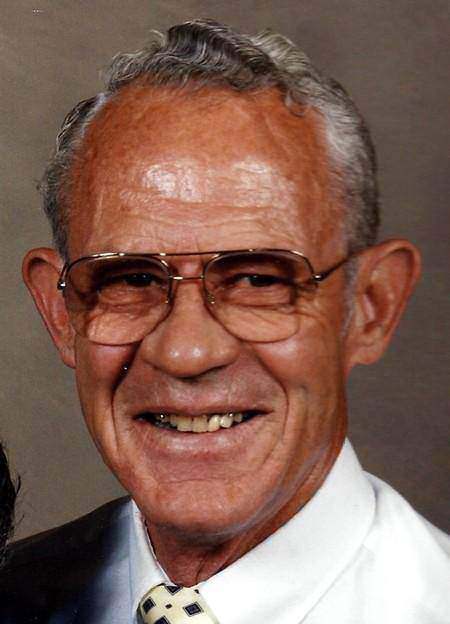 Asheville ~ God reached his powerful hands through the clouds of Glory on the wonderful and beautiful day of April 19, 2011 and said to James Edward Fender Sr., 79, "you have been a wonderful and faithful soldier and your work on Earth is completed so come home now and join the Golden Army of God". James Fender was born on January 26, 1932 in Erwin, TN. He was a farmer until joining the US Navy in 1948 and serving until 1950. While in the Navy, he received the China Service Medal while serving aboard the USS Pasadena (CL-65). He was a charter member of Skyland First Baptist Church and served as chairman of the Deacon Board. During his early years of farming, he worked for Biltmore Dairy Farm, but went on to retire as a salesman and pawnbroker. He was preceded in death by his wife, Doris Lee Butler Fender; his father, Gaither Fender; his mother, Rebecca Tipton Fender and two brothers, Charles and Harold Fender. Mr. Fender is survived by three sons, James Edward Fender Jr. and his wife, Jo Eleanor of Marion, Ricky Eugene Fender of Asheville and Mickey Charles Fender and his wife, Donna, of Hendersonville; three brothers, Ted Fender and his wife, Faye, of Hampton, TN, Levi Fender and his wife, Joyce, of Leicester and Wayne Fender and his wife, Jean, of Fletcher; a sister, Ima Jean Wilson of Fletcher as well as two grandsons, three granddaughters, nine great-grandchildren and several nieces and nephews. A funeral service will be held at 2:00 PM on Friday, April 22, 2011 at Skyland First Baptist Church and will be officiated by Reverend David Honeycutt and Dr. Carl Mintz. Interment will follow at New Salem Baptist Church Cemetery. The family will receive friends from 6:00-8:00 PM on Thursday, April 21, 2011 at Groce Funeral Home at Lake Julian and at other times will be at the family home, located at 7 Edgewood Road South in Asheville. Memorials may be made in Mr. Fender's name to the Elizabeth House, 581 S. Allen Road, Flat Rock, NC 28731 or to the Skyland First Baptist Church Building Fund, 2115 Hendersonville Road, PO Box 278, Skyland, NC 28776.