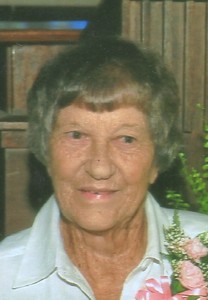 Maralie Spake Trantham, 92, of English Road, Candler, died Friday, April 16, 2010, at Memorial Campus, Mission Hospitals. A native of Buncombe County, she was the daughter of the late Richard Alexander and Mae Angel Spake. She was also preceded in death by her husband, Rev. Thomas Joseph Trantham, Sr., who died in 1974 and was a former pastor of White Rock Baptist Church in Candler and by a brother, William Spake. Mrs. Trantham was a graduate of Asheville High School and attended Blanton Business College. She worked at Oteen Veterans Hospital before moving to San Diego, CA. The family returned to the Asheville area in 1969 at which time her husband began his ministry at White Rock. She is survived by her daughters, Joyce Trantham Keever and husband Bobby, Kathy Trantham Schofield and husband Rev. Les Schofield and her son, Thomas J. Trantham, Jr. and wife Linda; twelve grandchildren and nineteen great-grandchildren. Funeral services will be 3:00 p.m. Sunday at White Rock Baptist Church with the Revs. Les Schofield, Robert Oliver and Greg Metcalf officiating. Interment will follow in the church cemetery where her grandsons will serve as pall bearers. Her family will receive friends from 7:00 to 8:30 p.m. Saturday at Groce Funeral Home on Patton Avenue. Flowers are appreciated or memorials may be made to White Rock Baptist Church, 20 White Rock Church Road, Candler, NC 28715.