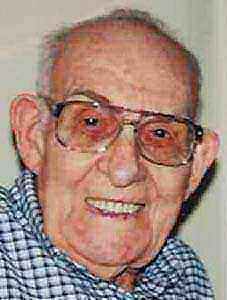 Robert Marion Roberts, 85, of 217 East Drive, Oak Ridge, TN, died Thursday, March 13, 2003, at NHC Health Care in Oak Ridge, TN. A native of Madison County, he was a son of the late Jack Jessie and Sally Davis Roberts. He was retired from American Enka after 33 years of service and was an Air Force veteran of WWII. Mr. Roberts is survived by his wife, Nona Shelton Roberts; a daughter, Gail Ferguson and her husband Jim of Oak Ridge; two grandsons, Royce Ferguson and his wife Renee’ and Brian Ferguson and his wife Stephanie; one great-grandson, Gavin Ferguson and several nieces and nephews. Funeral services will be 2:00 pm Saturday in the Patton Avenue chapel of Groce Funeral Home with the Reverend Craig Shelton officiating. Burial will follow at Forest Lawn Memorial Park. His family will receive friends from 1:00-2:00 pm Saturday at the funeral home prior to the service.