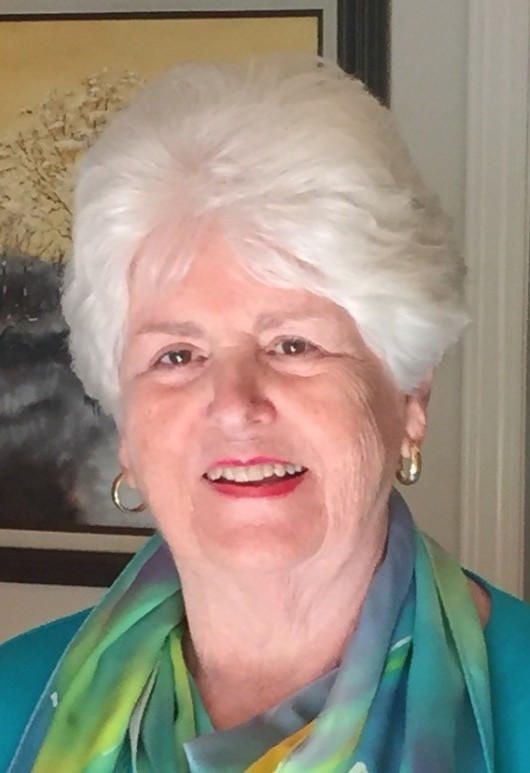 Adele Hartney Nealon, 77, died on Friday, September 25, 2015, at the John F. Keever Hospice Solace Center. She was preceded in death by her parents, William F. Hartney, Sr. and Margaret M. Hartney, and one brother, Peter Hartney. Adele was born in Smithtown, New York and attained her Bachelor of Science and Master of Arts degrees from Cornell University. She was a teacher and Dean of Students at Rosarian Academy in West Palm Beach, Florida. Adele and Paul retired to the beautiful mountains of North Carolina and have spent many wonderful years delighting in their family, friends, and each other. Adele is survived by her loving husband of 52 years, Paul D. Nealon; three daughters, Elizabeth Nealon, Mary Nealon Rowe and Meg Nealon Lail; one brother, William F. Hartney, Jr.; two sons-in-law, Marty Rowe and Brad Lail; one brother-in-law, Richard H. Nealon; three sisters-in-law, Barbara Nealon, Maureen Hartney and Mary Hartney; five grandsons, Andrew Rowe, Will Scarbrough, Connor Rowe, Joe Scarbrough, and Mike Scarbrough; twelve nieces and nephews; many great-nieces and great-nephews; and friends too numerous to count. A funeral service will be held at the Fairfield Mountains Chapel, in Lake Lure, on Saturday, October 3, 2015 at 3:00pm. Friends and family are invited to join in a celebration of Adele's life, immediately following the service, at Apple Valley Farm. In lieu of flowers, the family asks that donations be made to the John F. Keever Hospice Solace Center, PO Box 25338, Asheville, NC 28813. It is their desire that the loving care and compassion that Adele was fortunate to receive may be experienced by others. Groce Funeral Home on Tunnel Road is assisting the family.