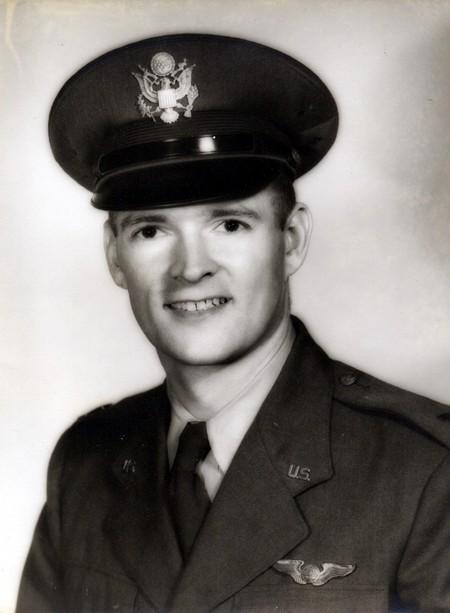 Arden - Major (United States Air Force, Retired) Albert Anthon Kampf, 88, died peacefully on Thursday, February 14th, 2013 surrounded by his family. Albert, a first generation American and native of Chicago, IL, was the son of the late Joseph and Elizabeth Kampf. Albert was truly a member of "The Greatest Generation", whose military career spanned from World War II, Korea and Vietnam. After his retirement, he worked for over 30 years as the owner of Kampf's Tax Service in Waynesville, NC. A devout Catholic, he was a member of St. Barnabas Church in Arden, NC. He was honored by the United States Army in 2011 by a presentation of the Commander's Award for Public Service, in recognition of the support he demonstrated for our service members by making and donating over 5, 000 rosaries to the Army's Chaplaincy Program. A skilled craftsman, Albert enjoyed wood carving, rosary making, and any kind of home improvement project. He loved attending Church, spending time with his family, tending his beloved rose bushes, and eating at Chinese restaurants. Albert was preceded in Death by his mother and father, and by brothers, Louie, Theodore, Joe and Bill and sisters, Kay Moran and Sr. Barbara Kampf, SDM. Albert is survived by Mary Kampf, his wife of 59 years of the home; one sister, Elizabeth Elmore, and by his daughters, Loretta Buckner and her husband, Lane, of Charlotte, Rosemary Allen and her husband, Mike, of Marshall, and Valerie Williams and her husband, Phillip, of Arden; 6 grandchildren, Nathan and Jesse Buckner, Dr. Beverly Gray, Michelle Barger, Russell Allen, and Mary Elizabeth Williams; 5 great grandchildren, and his little dogs Jackson and Tony. A Funeral Mass will be held at St. Barnabas Catholic Church in Arden, NC at 10:30am on Monday, 18 February 2013 with Reverend Father Adrian Porras officiating. Graveside rites and burial will follow at noon on Monday at the North Carolina State Veteran's Cemetery in Black Mountain. The family will receive friends from 6:00 to 8:00pm Sunday, 17 February at Groce Funeral Home at Lake Julian on Long Shoals Road with a rosary being said at 7:00pm. Groce Funeral Home at Lake Julian is assisting the family.