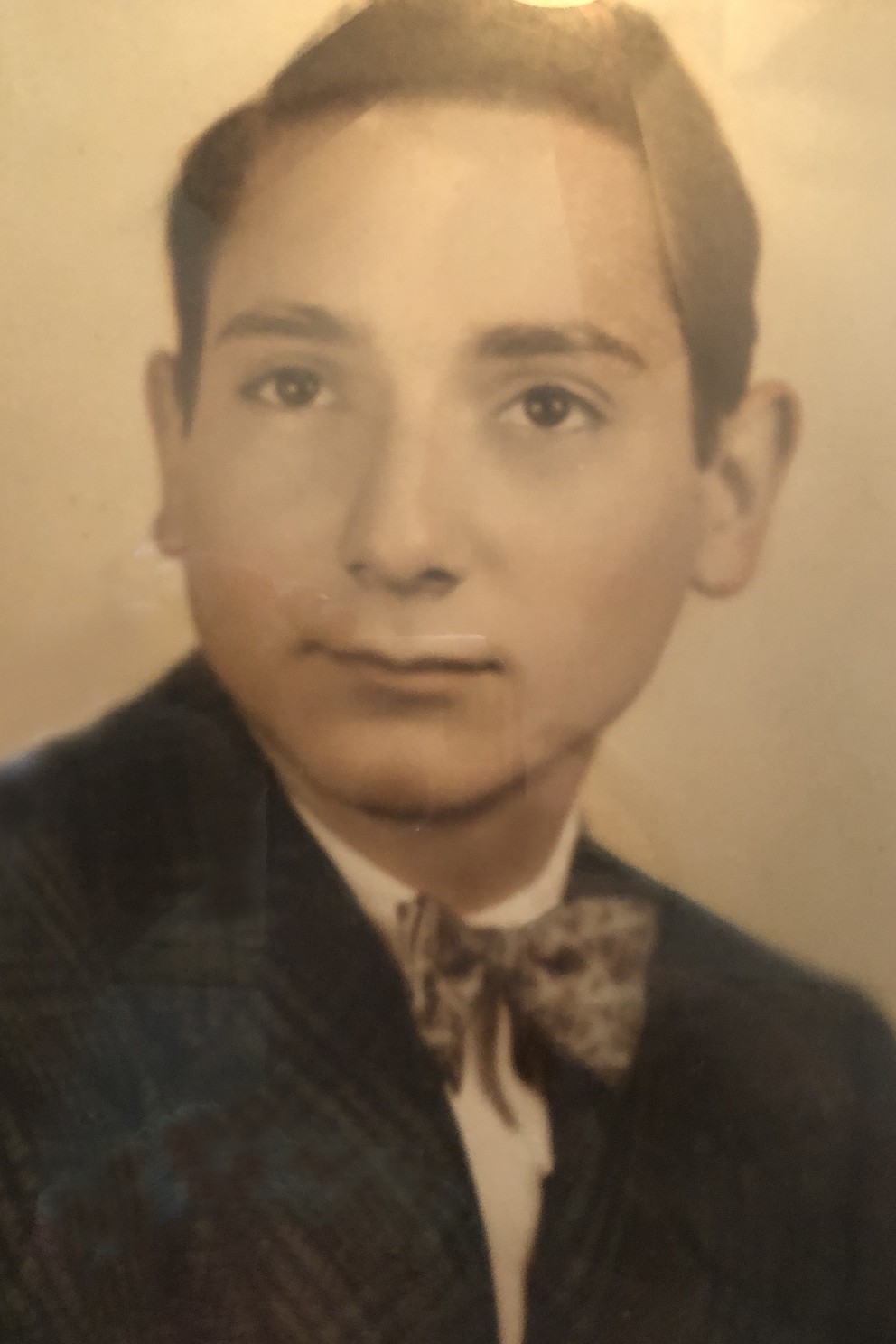 It seems so difficult to condense a life that spanned almost a century into a few short paragraphs. He was a husband for over 7 decades, a Daddy, a Papa, a friend…

Although Al Fichera was an only child, he was born into a large, proud Italian family in northern New Jersey in 1930. His father was a recent immigrant from Sicily; his mother, a 3rd generation Italian American – something almost unheard of at that time. Like many children of his day, he was raised in a bustling multi-generational household with his maternal grandmother at the helm and a liberated, but devoutly Catholic aunt as his bridge to the world. At St. Joseph’s school however, he found himself the only Italian kid in a sea of large Irish families, a sometimes difficult but ultimately formative experience he would reflect on often throughout his life. He learned early how to break through the expectations others would impose on him.

After high school, Al attended a technical school and ultimately landed a job as a draftsman at a large engineering firm in NYC. One floor below him was Victoria, a recent Cuban immigrant who worked as a translator, and he was swept off his feet. He proposed within the year, but only after his new raise brought his salary level up to hers! Bringing home an non-Italian bride was not easy, but all was forgiven when their daughter was born a year later.

Al commuted daily into the city, but hated the whole bus and subway thing, especially in the dead of winter. So he became an entrepreneur. In 1960, he bought a VW bus and provided daily rides to eight men who worked with him and lived, as he did, in the “burbs”. Everyone was thrilled with his door-to-door service, and the extra funds not only paid for the bus, but also gave him fun money for his first hobby: fun cars! A Delorian, a Mark III and a classic Mustang, among his favorites. Then he got a real break – his company moved out of the city and right to him – only 4 miles away!

Al’s job often involved travel. Always maintaining their roots in NJ, Al often packed the family up for a few months at job sites: LA, Oak Ridge TN, and Destin FL among them. Later in his career he was sent to Paris and finally to Greenland, where he lived in Army barracks under the ice for six weeks. But despite this amazing experience (or maybe because of it!) his favorite place would always be Florida, where he could soak in the sun and the warmth and forget all about those days of stomping his feet at cold, snowy bus stops. In 1972, he and Vickie moved to Jacksonville and then to St. Augustine; they would be Floridians for the next 50 years.

Throughout his life, Al developed many hobbies. He loved remodeling, and often was at the cutting edge of design, building additions with all-glass walls, showers with interior gardens, terraced patios and electrical panel boxes from which he could control half his home! He became his own plumber and electrician, hoisting beams and trusses on his own slender but powerful shoulders, and he did all his own tile and brick work. His construction expertise didn’t end at his front door either. Throughout his life he was known as the neighborhood handyman. Always free, and always done right. He also loved coin-collecting, a hobby which started when he discovered a single valuable penny in the late 1950’s and continued until the last week of his life.

But Al’s most lasting legacy will be his personal life. When his clerk Dan Pisano “married the boss’s daughter”, he could never have dreamt that his immediate family would grow so exponentially! Over the years, his grandchildren delighted in the various roles he created for them: he was Darth Vader’s father, or a secret three-eyed alien, or a little tiny cartoon creature he created for them who could look over the edge of other worlds. He shared with them his love of sci-fi, drawing, political wrangling, coins, cars and real estate and his love for making life orderly. A few years after Dan’s death, he warmly welcomed a new son-in-law, Dale, into his heart, bonding with him over their mutual construction experience and shared family and love of jokes! He also helped many of his nieces and nephews, paying for their Catholic education to which he was so committed.

In 2020, in the midst of the pandemic, Al and Vickie left their beloved Florida and moved to North Carolina to spend their final years closer to the family. Despite failing health, he aged gracefully, and died in his own bed under the care of his daughter.

Al was, above all, a man of incredible loyalty. Loyally caring for his wife of 72 years up until the very end, loyal and generous with his family, kind and helpful to his neighbors, and friend for life. Al is survived by his wife Victoria, his daughter Rita and her husband Dale, grandchildren and grandchildren-in-law Jessica and Patrick, Joshua and Mary, Christina and Ricky, Rebecca and Steven, Elena and Sam, and Amanda and Imran, and great-grandchildren Phaidra, Eilonwy, Eidela, McLean, Juliana, Chloe, Maddox, Elijah, Samuel, Victoria Frances, Rosalee, and a new baby boy due next year.

The Funeral Mass will be celebrated by the Rev. Fr. Dean Cesa at 11:00 a.m. Monday at St. Joan of Arc Catholic Church.

Rest in peace, Al. You will be missed, but always loved.

Memorial contributions may be made to St. Jude Children’s Hospital.