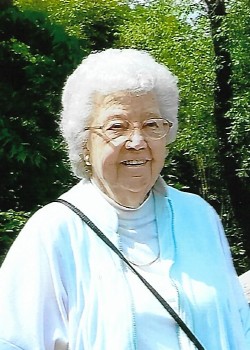 A native of Madison Co., Alma was a daughter of the late Robert and Minnie Thomas McKinney. She was also preceded in death by her husband, Charles Vernon Marlowe; brothers, Carlie, Clyde, Boyd and Ralph McKinney; and sisters, Irene Cody, Alene Jamerson and Shirley Dean McKinney.

She was the oldest member of Cane Creek Baptist Church and served as treasurer for many years.