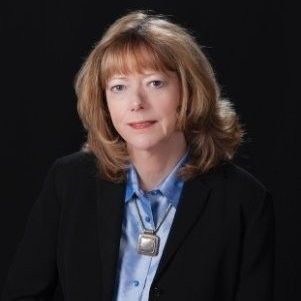 Amanda Susan Clarke died on September 17th in Asheville, NC, where she was temporarily residing with her sister and brother-in-law while pursuing medical treatment. She passed away with her sister by her side.

Amanda Susan was born in Atlanta, GA, to Phyllis and Harold Clarke. She attended Emory University and the University of California at Davis, where she earned a Master’s Degree in Experimental Psychology and a Ph.D. in Experimental and Biological Psychology. During her time at Emory, she worked with primates at the Yerkes Primate Center, developing a life-long interest in primates and becoming an ardent environmentalist. She did post-graduate work at the San Diego Zoo, was a NIMH Fellow at the University of California in San Francisco, and a MacArthur Foundation Fellow at the University of Wisconsin in Madison, where she furthered her primate research. At Northwestern University in Evanston, IL, she managed various research projects and was an assistant research professor.

Subsequently, she wrote grants for a non-profit in Chicago, then worked in grant-writing and development at Loyola University, also in Chicago. While there, she helped raise funds for the lovely Loyola University Museum of Art (LUMA), which sadly has since closed, and for a toddler park in Evanston, where she lived. The park was funded in part due to her efforts.

Amanda Susan had recently relocated to Memphis, where she held the position of Director of Scientific Writing at the University of Tennessee Health Science Center, saying that her job at UT was her favorite ever. She took great interest in the historic preservation and revitalization efforts in the city.

Amanda Susan was a great lover of art, music, and science, seeking out museums, galleries, and libraries in cities large and small during her travels throughout the US, Europe, South America, and Africa. On one recent vacation, she even took a falconry class! She was an excellent skier and kept fit through exercise and walking. She delighted in attending art-focused and community festivals, and her family’s Christmas stockings always contained small treasures she had discovered along the way. She loved exploring regional and international cuisine and was an accomplished cook. She was a voracious reader, keeping a list of the many books she had read each year. She had a great sense of personal style and enjoyed creating beautiful gifts of jewelry for friends and family.

Amanda Susan was preceded in death by her parents and her beloved step-father, Charles H. Brown, Jr. She is survived by her sister, Reba Clarke Totten, and brother-in-law, Don Totten of Asheville, and she will be missed by many close friends and colleagues. There will be a memorial service in Decatur, GA, once Covid-19 restrictions are lifted. Contributions in her memory may be made to the World Wildlife Fund or St. Jude’s Children’s Research Hospital. Groce Funeral Home on Tunnel Road is assisting the family.