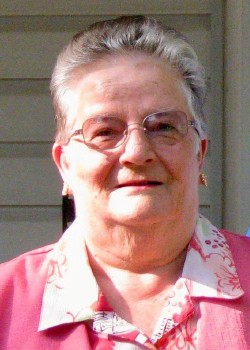 Amy Reva King, 84, graduated to her heavenly home on Sunday, August 15, at Haywood Regional Medical Center. She was a Buncombe County native residing in Waynesville for the past five years. She was a 1954 graduate of Leicester High School.

Reva was the daughter of the late Ernest and Margie King of Leicester, NC. She was a retired school teacher who served twenty-six years at Weaverville Elementary School.

She was an active member of Buckeye Baptist Church until 2016 when she became semi-confined to her home. She served as a Sunday School teacher, loved her place in the church choir, and served in several other church positions. She, with her husband and two other church friends, sang in a quartet for many years with Reva accompanying on the guitar.

Graveside services will be held at 2:00 p.m. on Friday, August 20, at Pisgah View Memorial Park.

The family requests that in lieu of flowers, donations be made to the Muscular Dystrophy Association.