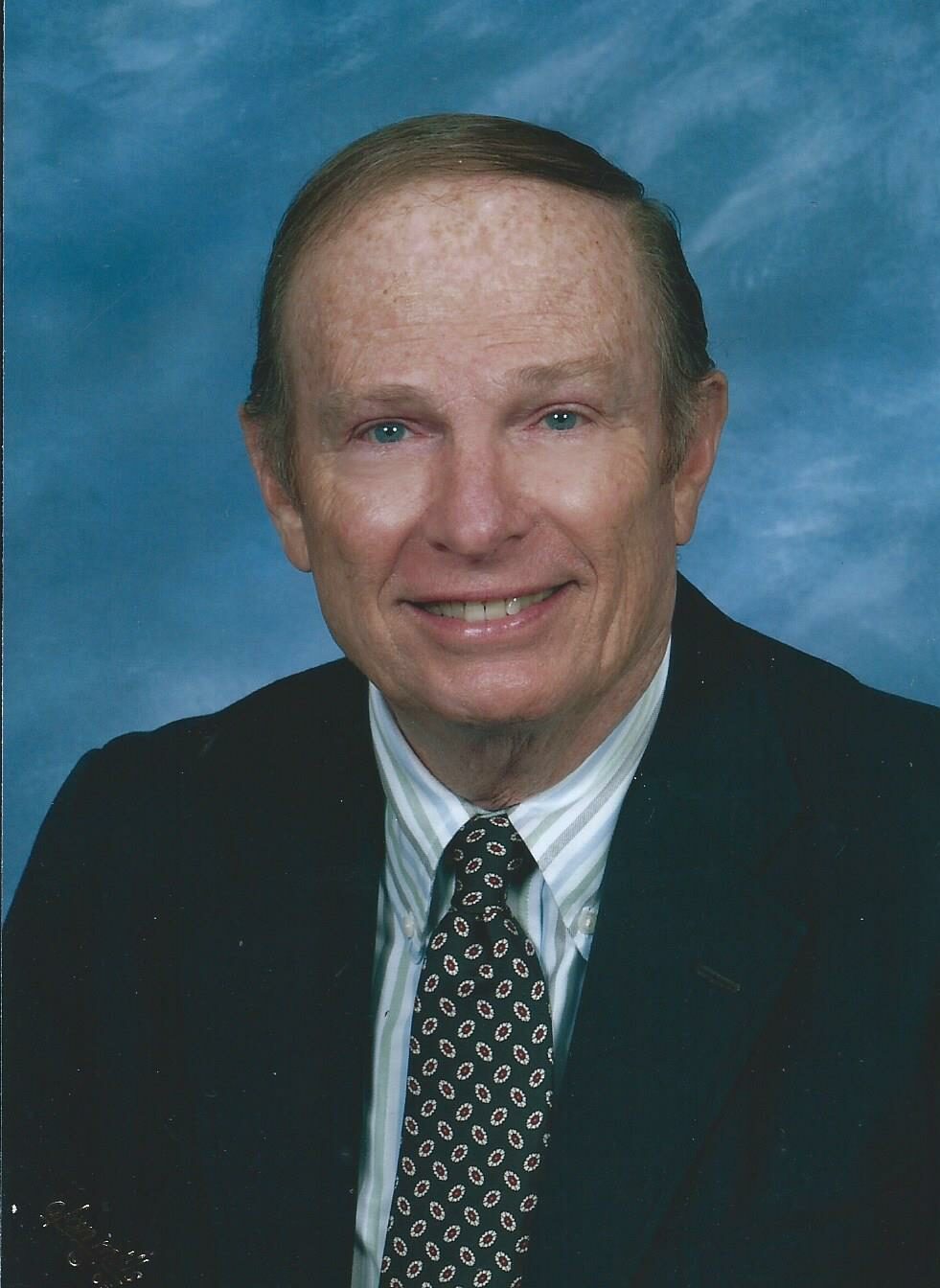 Andrew Hampton “Hamp” Frady Jr, 92 passed away peacefully on May 1st, 2022 and he can now join his beloved wife, Jean Moffatt Frady in heaven.

Hampton was born in Wilmington, NC to the late Andrew Hampton Frady, Sr and Ada Dexter Frady. He attended New Hanover High School before heading off to Duke University where he graduated with an A.B. in Business Administration. While at Duke, he was a member of the Alpha Kappa Psi and Kappa Alpha fraternities. His time in Durham was the beginning of a life-long love of Duke sports as a committed and faithful Duke Blue Devil through and through.

Upon graduating from Duke, Hampton headed for the bright lights of New York City when he accepted a position at Merrill Lynch, Pierce, Fenner & Smith. It was the company he worked for his entire 38-year career. During his time in NYC, he earned his M.S. in Finance at the Columbia University Graduate School of Business in addition to becoming a graduate of the Investment Bankers Association Institute of Finance at the Wharton School. While at Merrill, Hampton was elected a Vice President and later appointed an officer in charge of the Southern United States investment banking activities He ultimately became the Assistant to the Chairman of the Board. He was an Officer in the New York Southern Society and his love for NC never wavered. He achieved a long-time dream in 1975 when he returned to NC to manage multiple branch offices, including his home branch in Asheville.

Throughout his life, Hampton was an avid sports enthusiast. Events like Wimbledon, the Masters and the Olympics were sacred in the Frady household, along with the Cubs and Duke football and basketball. Having competed in cross country and football during his school years, golf and tennis became Hampton’s loves. He could often be seen at local amateur tournaments where he was always a fierce contender. He even achieved the elusive hole in one once at the Biltmore Forest Country Club.

He was an active member of Trinity Episcopal Church where he sang in the Choir and served on the Finance Committee and as a member of the vestry.

He was awarded the Silver Antelope Award by the Boy Scouts of America in 1991 and was appointed to the Order of the Long Leaf Pine, one of the highest honors a governor can bestow on a NC citizen, by NC Governor Dan Moore for his dedication and service to the state.

His sense of adventure spanned the globe as he and his wife Jean traveled extensively to destinations such as Greece, Antarctica, Scotland and multiple spots in between. After his wife passed away, he continued his travels with his daughter to Australia, Hawaii, British Columbia and New England for the many leaf peeping pilgrimages and adventures. He also almost made it to completing another goal by traveling to 48 of the 50 states.

His infectious laughter, sense of humor and love and dedication to his family and friends will be missed by all who were fortunate enough to know and love him. He was an optimist who encouraged people to aim high and dream even bigger. He is survived by his sister, Anne Frady Johnson, of Flat Rock, NC and his daughter, Elizabeth Frady, of Pittsburgh, PA and a large extended family in his home-town of Wilmington, NC.

Funeral Services will be held at Trinity Episcopal Church, 60 Church Street, Asheville on Wednesday, May 11, 2022 at 11:00 AM with burial to follow at Calvary Churchyard in Fletcher.

Memorial Contributions may be made to the Iron Dukes Annual Fund (for Duke athletics), The Boy Scouts of America or the Buncombe County Animal Shelter.