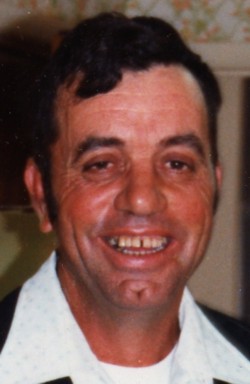 Andrew Roy “Andy” Caldwell, 73, of 74 Brookshire Road, Leicester, passed away peacefully following a long illness Thursday, April 19, 2007, at Aston Park Health Care Center. Mr. Caldwell was born in Madison County and had lived in Buncombe County most of his life. He was preceded in death by his parents, Richard and Fairre Payne Caldwell, a sister, Eadie Parks and a brother, Hubert Caldwell. He worked for 20 years at Perry Alexander Construction Company and retired from the Buncombe County School Maintenance Department after 20 years service. He was a member of Happy Valley Baptist Church and he enjoyed and appreciated his church family. He was faithful in his attendance until illness prevented it. He also enjoyed the outdoors, fishing and camping. He is survived by his wife of 50 years, Hilda Elizabeth Sharpe Caldwell; four sisters, Ella Mann and Mae Justice of Leicester, Mildred Morrow of Charleston, SC and Lillian Turner of Hendersonville; a brother, James Caldwell of Leicester, and several nieces and nephews. His family will receive friends from 1:00 to 2:00 p.m. Saturday at Groce Funeral Home on Patton Avenue and at other times will be at the residence. Funeral services will be at 2:00 p.m. Saturday in the Patton Avenue chapel of Groce Funeral Home with the Revs. Jacob Ellege, Chad Ellege, and Don Wooten officiating. Burial will be at Forest Lawn Memorial Park. Pallbearers will be Randy Ledford, Andy Ledford, Eugene Marrow, Robert James, Ronnie Caldwell, Bill Payne, Edward Payne, and Larry Ward. His family wants to express their appreciation to the staff of Aston Park for the care they gave to Mr. Caldwell and to the family and friends who visited and sat with him.