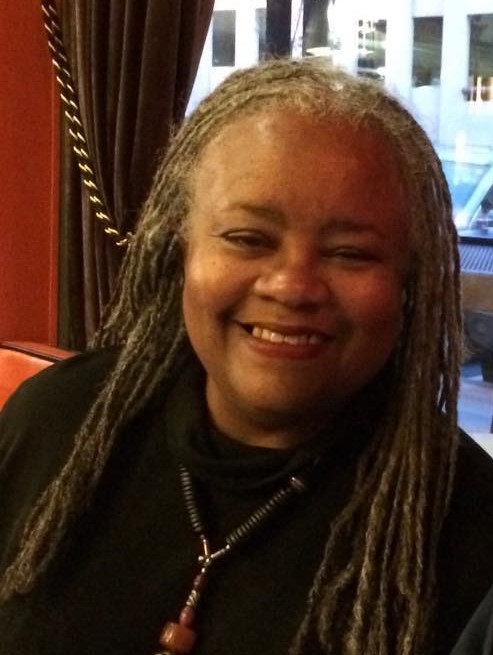 Ann Bolton (McGill) Morrow passed away suddenly at the age of 65 on February 9, 2018, at her home in her beloved Asheville, NC. Ann was born on August 8, 1952 to Earl and Mildred (Bolton) McGill in Alton, IL. Both of her parents were educators in Alton. Earl, a musician and choral leader, cultivated her love of music, especially Jazz, Classical and Opera. Both of her parents taught her to value the opportunities that can come from a strong educational background. Ann attended boarding school in Saint Charles, MO, at the Academy of the Sacred Heart class of 1970. Over the years, she maintained lifelong relationships with several her Sacred Heart classmates and was instrumental in planning the 40th and 45th class reunions. She earned a bachelor’s degree from Loretto Heights College, in Denver, CO. In 1971, she married Stanley Morrow and gave birth to a daughter, Christen Ann Morrow, in 1974. In 1978, she earned a master’s degree in Urban Planning from Washington University in St. Louis, MO. Upon completion of graduate school, she moved to Chicago, IL, and landed a prestigious job with Real Estate Research Corporation (RERC). From there she worked for SBC (formerly lllinois Bell and Ameritech), managing the company’s Midwest real-estate portfolio. During the 1980’s and 90’s she was an active member and past president of Commercial Real Estate Executive Women of Chicago (CREW Chicago). In the next phase of her career she became a commercial real estate broker and worked for several companies before branching out on her own. Along with her partner, Steven Oubre, they created the company ProCision, Inc. Upon moving to Asheville, NC, in 2014 she considered resuming commercial brokerage, but decided on a slower pace and eventually took a part-time position with the North Carolina Arboretum. This job was near and dear to her heart with beautiful grounds, hiking trails, horticulture classes and many staff members whom she grew to know as friends. Ann’s life’s work wasn’t real estate, but instead was the engagement in passionate action towards creating a meaningful life. This work started in the 1980’s and 90’s with participation in the personal growth movement, through Lifespring and Understanding Yourself and Others courses. Upon arrival in Asheville, she dove into Shambhala Buddhism with exuberance and purpose, quickly taking on leadership roles. She also took full advantage of social media platforms and met many people through that medium. In Asheville, she also became part of an anti-racism project called ‘Building Bridges.’ After a brief time, she became a small group facilitator. She was well regarded for her energy and activism by the Shambhala community and the Building Bridges participants. Ann had many hobbies during her life. She dabbled in sky diving, cross country skiing, and biking tours in her 20’s and 30’s. She also loved Jazz music and was a Jazz DJ for WHPK, the University of Chicago radio station. During her stint as Jazz Format Chief, she started the Annual WHPK 88.5 FM Jazz Format Black History Month Celebration of Jazz, "Our Gift to the World,” a celebration of live Jazz music during Black History Month. She was a collector of art, antiques and fine furnishings. She was also a purveyor of antiques with a presence on Ebay.com for years and in two local antique malls. At the time of her death, she had plans to launch her own line of beaded jewelry, a craft that she had been working on for several years. Ann was preceded in death by her parents, Earl McGill, Jr. and Mildred (Bolton) McGill, her Aunt Dorthella (McGill) Moss Williams, and her Uncle Melvin Bolton. She is survived by her longtime partner of 16 years, Steven Oubre; her daughter, Christen Morrow, MD; her dog, Ayla; and numerous loving and precious cousins, including the following in her cohort: Rubianna Porter, Ed. D., Maxine Newsome, PhD, Mary Louise Schaefer-Binion, DDS, Patricia Horton, Ronnie Bolton, Mary Bolton, and Jimmy Bolton. In lieu of flowers, donations may be sent to the Asheville Shambhala Center, 60 North Merrimon Avenue, Suite #113 Asheville, North Carolina 28804, phone: (828) 200-5120, and email: shambhalaashvl@gmail.com. A Remembrance Service will be held in Asheville, NC, on Saturday, February 24, 2018. Please contact Groce Funeral Home on Patton Ave., (828) 252-3535.