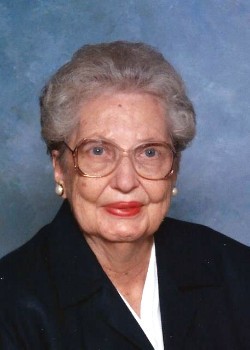 Ann Harrison Ward, 84, of Candler, died on Monday, August 26, 2013, at the Memorial Campus of Mission Hospitals. A native of Buncombe Co., Mrs. Ward was a daughter of the late Furman John and Dorothy Evans Harrison. She was also preceded in death by her husband, Mack William Ward, Sr.; her son, Mack William "Billy" Ward, Jr.; and brothers, Robert and Ed Harrison. Mrs. Ward had been active in the Woodside Hills Garden Club. She was also a lifelong member of Trinity United Methodist Church, where she was a member of the Ownbey-Mann Sunday School class. Mrs. Ward is survived by her daughter, Lynne Ward Crout and husband Bill; and grandchildren, Justin Ward, and Sloan and Claire Crout. A funeral service for Mrs. Ward will be at 3:00 p.m. on Wednesday at the Groce Funeral Home chapel on Patton Ave. with the Rev. Rodney H. Hagans, Jr. officiating. Interment will follow at Green Hills Cemetery. Her family will receive friends one hour prior to the service at the funeral home. Memorials may be made to Trinity United Methodist Church, 587 Haywood Rd., Asheville, NC 28806.