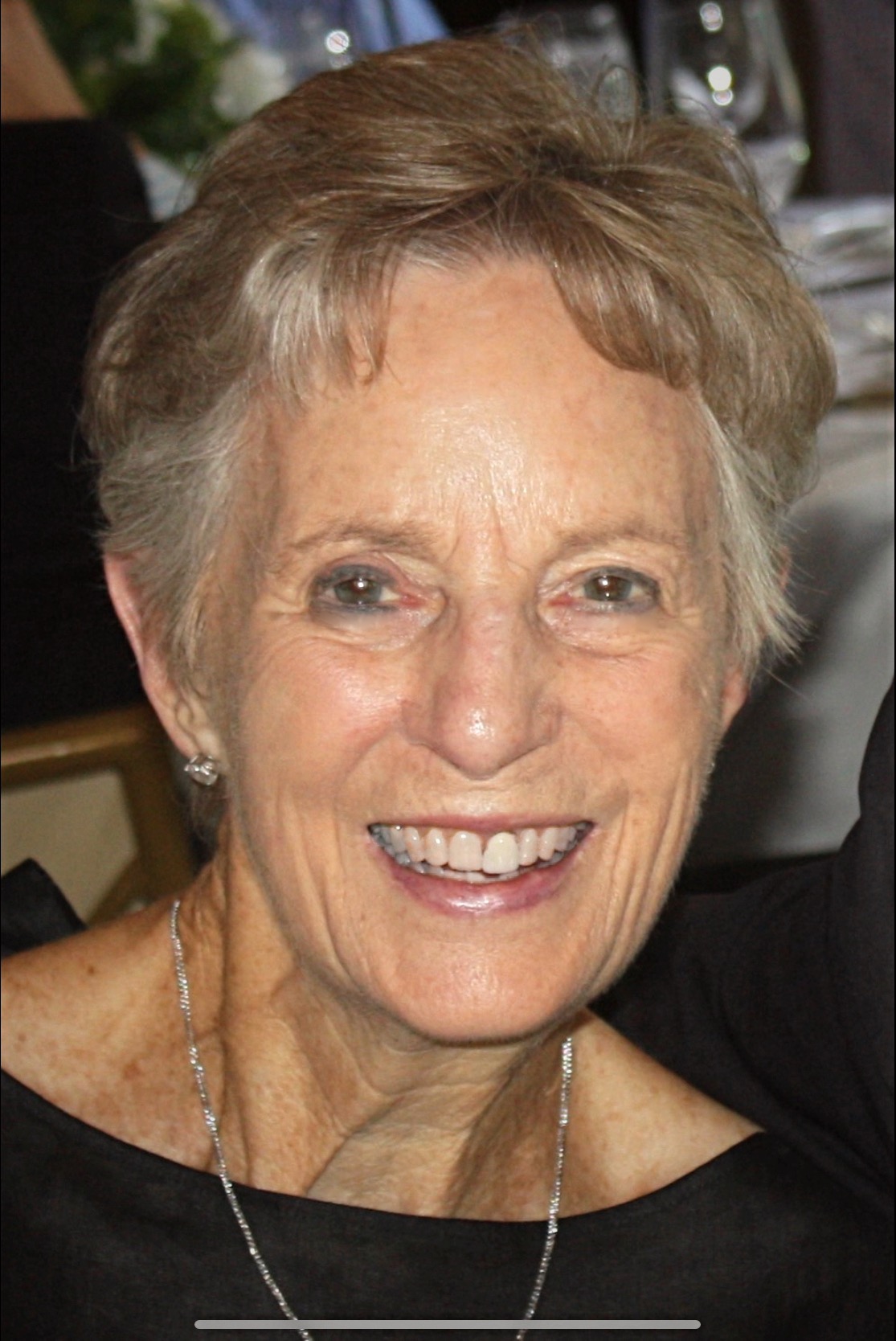 From June 27, 1939, to September 24, 2021, Ann Worthington Rennard blessed the lives of others with her love, generosity, and kindness. She was born to Hayden and Mary Elizabeth (Betty, née Mittell) Worthington in Los Angeles, California, where she grew up in a bustling household that spanned three generations, including both grandmothers. The second oldest of five children, Ann became the role model and teacher for her younger siblings and often escorted them on grand adventures throughout Los Angeles. When venturing beyond city limits on family outings, she developed an affinity for the outdoors and began her lifelong interest in camping, hiking, skiing, and water sports. Ann gradually grew into an adventurous and independent young woman.

After graduating from high school, Ann set out for Boulder, Colorado, to attend the University of Colorado. While attending school, she met the love of her life, Robert (Bob) Rennard, a remarkable young man from Cheyenne, Wyoming. They married at Ann’s parents’ home on June 7, 1959, following Bob’s graduation and only days before he reported for duty at the Naval Flight School in Pensacola, Florida. While Bob was still in the Navy, he and Ann returned to California and welcomed four children in four years. In these early years of starting a family, they moved around a lot—from San Diego to Costa Mesa, CA, to Philadelphia, PA, to Mission Viejo, CA—and transitioned to civilian life when Bob joined the private sector.

In 1971, Bob transferred from Ford Aeronutronics to Ford Motor Company which took the family to Farmington Hills, Michigan, where they lived for 26 years. There Ann and Bob raised their children and became embedded in the school, church, and neighborhood communities. As the children grew in age and independence, Ann returned to college to complete her degree and then launched a successful fifteen-year career with Detroit Edison. By 1991, Ann and Bob were empty nesters and jumped at the opportunity to relocate to São Paulo, Brazil, for a three-year job assignment for Ford. Ann learned to speak Portuguese, immersed herself in the culture, explored the beauty of the region, taught English, and enjoyed life as an expatriate while supporting Bob’s transition to a foreign office. They returned briefly to Michigan before retiring to Asheville, North Carolina, in 1997. In typical fashion, Ann embraced her new home and community. She became involved in many organizations and clubs, developed a strong network of friends, welcomed guests into her home, and traveled extensively.

Ann believed life is a journey, not a destination. Life experiences add texture to that journey while, most importantly, people add meaning. Not a day went by when Ann wasn’t filled with gratitude for the life she was living. At the center of her life was family. She and Bob were devoted and loving partners for 62 years of marriage, together navigating all of life’s ups and downs. For their children, they modeled a successful marriage anchored on trust, respect, and love. Ann and Bob’s move to Michigan was very difficult as they settled far from extended family, but Ann ensured family ties remained strong. From baking Mittell Christmas cookies with her children every winter to driving the family across the country to visit relatives in Cheyenne and La Jolla each summer, she fostered connections across generations that remain strong today. She and Bob quickly established their own roots in Michigan where they provided a loving and stable home life for their children. Ann’s greatest joy was raising her children, and her proudest accomplishment was seeing them become strong, independent individuals grounded in solid core values and happy in life. Her second greatest joy was being a part of her grandchildren’s lives. She developed individual relationships with each grandchild, recognizing their unique interests, gifts, and aspirations. As her family grew in size, so did the geographic distance between them, spanning coast to coast. Ann adjusted by filling her travel calendar with regular visits to all. She was a devoted wife, mother, grandmother, sister, and daughter whose world happily revolved around family.

Friends were an extension of Ann’s family. Wherever she found herself, she made the effort to make and maintain friends. She valued people and her relationships with them. A remarkable number of friendships spanned decades and colored the many chapters of her life. She remained linked to friends from Marlborough High School and the University of Colorado, California, Michigan, and Brazil, and, of course, Asheville, North Carolina. She kept distant friends close through calls, visits, and handwritten holiday greetings, and she sustained relationships with nearby friends through neighborhood walks, lunch group, Sunday School Class, book clubs, dinners out and dinners in, and shared travel.

Ann was always humble herself, but she enthusiastically encouraged and celebrated gifts in others. Music was one of her great loves, beginning in early childhood when she listened to classical music with her grandmother, and she never missed an opportunity to share that love with others. During her teen years she took her younger siblings to concerts in Los Angeles and snuck albums of different genres into their childhood home. She exposed her own children and grandchildren to music through lessons and band class, 8-track cassettes and CDs, musicals and concerts. As soon as her grandchildren started playing instruments, she attended their concerts year after year, from beginner band and orchestra classes to university wind ensemble. She sang in the Orchard United Methodist Choir for over 20 years, held season tickets to the Asheville Symphony, and participated in the Asheville Symphony Guild. On the sports field, Ann was one of her children’s and grandchildren’s staunchest fans. She traveled countless miles to watch them play the sports they loved, beginning when they were preschoolers trying to connect a bat, racquet, or foot with a ball all the way to competing at elite levels in high school, college, and minor league athletics. She was an avid reader and passed her passion for literature to her children and grandchildren. Never without a book close at hand, she helped ensure others had access as well by gifting books to schools in need, splurging on grandkids at Barnes and Noble, and sharing her many volumes with friends and family. She participated in book clubs throughout her life.

Ann was an outstanding student, and she and Bob firmly believed that education was the path to opportunity. She encouraged her children and grandchildren to achieve academic success and pursue college degrees. She helped others further their education by tutoring English as a Second Language, serving as a school and church librarian, providing supplies to school children needing assistance, and giving students access to higher education through scholarships and financial support.

While Ann wouldn’t have admitted it herself, she was truly exceptional. Generous, caring, kind, selfless, humble, and charitable, Ann was full of energy, love, and joy. Throughout her life she was called to share her gifts with others, which she did genuinely and generously, always putting others before herself. She had a belief in others that emboldened them to believe in themselves and accomplish extraordinary things. She loved to smile, laugh, and be in the company of those she cared about; to read by the beach, listen to music, and sneak an extra bite of anything chocolate; to walk in the neighborhood and along the beach holding hands with her husband, dote on her grandchildren, and travel and celebrate holidays with family; to connect with friends (old and new), fill her home with fresh flowers, and welcome people in, no matter where “in” happened to be. She loved to give and give abundantly, to lift others up and let them shine, and to better the world in quiet ways. She loved to love. Ann’s love touched the lives of countless others, and she will be greatly missed.

The family welcomes your memories, stories, and photos of Ann. Please send remembrances to HonorAnn21@gmail.com.

In lieu of flowers, donations may be made to the following organizations in memory of Ann Rennard: Asheville Symphony or the Salvation Army.

A memorial service to honor Ann’s life will be held at 2:00 PM on Saturday, October 2, 2021 at Central United Methodist Church in downtown Asheville and will be streamed live on three different sites: the church’s website (www.centralumc.tv), where you will need to click on the red “Worship Livestream” button, the church’s YouTube page (www.youtube.com/centralumcasheville) and the church’s Facebook page (facebook.com/centralumc). The family will host a reception at the church following the memorial service. Ann will be interred privately at Calvary Churchyard in Fletcher.