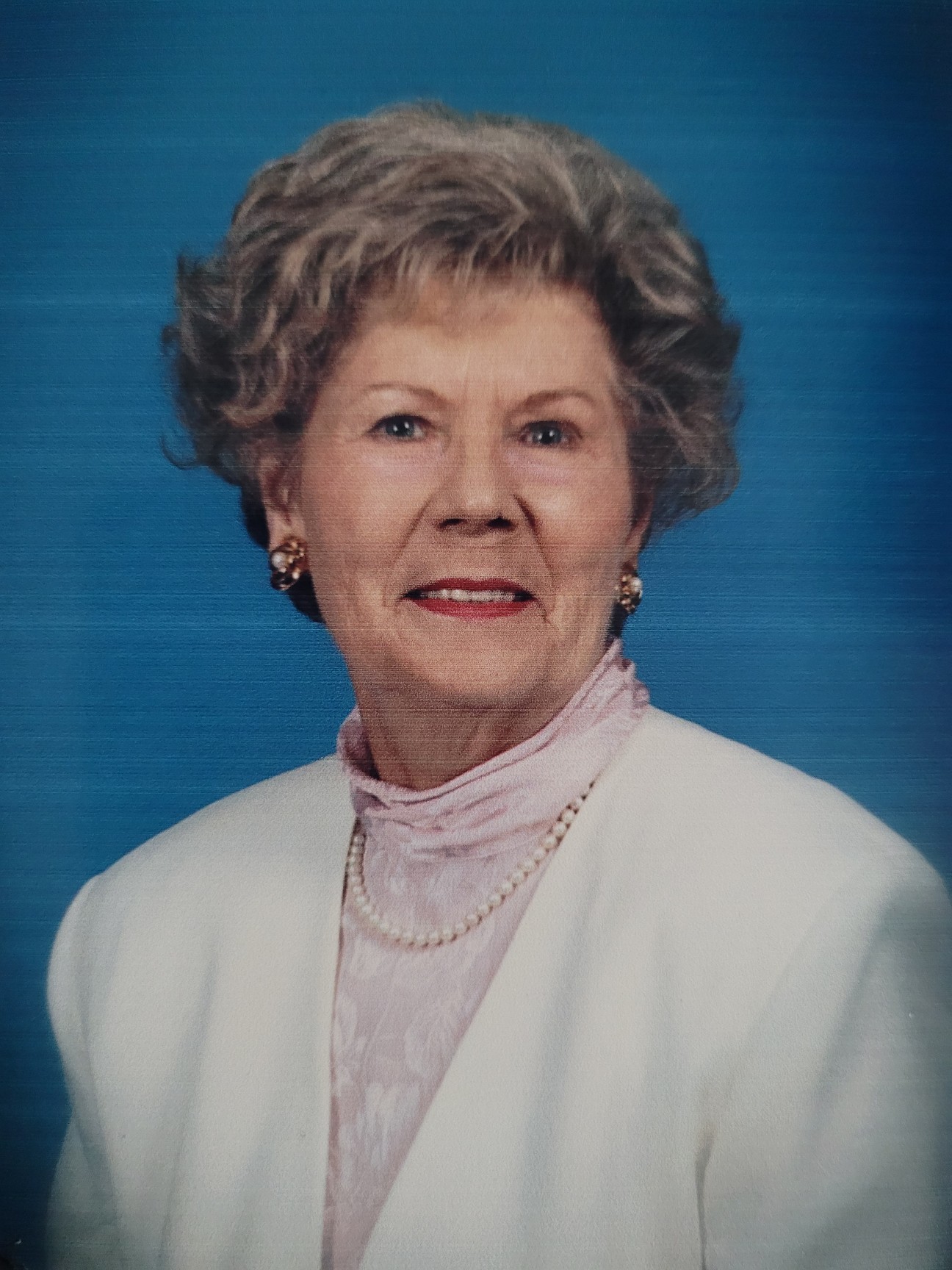 Anna Lee McCreary Burchfield, 94, a resident of Asheville for over 45 years, obtained her heavenly reward on May 17, 2022. Born on November 25, 1927 in Claiborne County, Tennessee, Mrs. Burchfield grew up on a farm in Cumberland Gap, Tennessee, with her parents, 7 sisters, and two brothers. A star basketball player on her high school team, which won the county championship her senior year, she graduated from Powell Valley High School.

While working at the J.C. Penney Store in Middlesboro, Kentucky, she met Roy Burchfield, who became her husband on March 9, 1951. The couple remained married and in love until his passing on August 21, 2016. They welcomed daughter Brenda Joyce in 1952, and son Bobby Roy in 1954. Over the course of their marriage, Mr. Burchfield’s career took them to eight different cities as he assumed increasing responsibilities with the Penney Company.

With her charming smile and winning personality, Mrs. Burchfield easily made friends in each city where they lived. While Mr. Burchfield pursued his career with the Penney Company, Mrs. Burchfield successfully pursued a part-time career for several years selling Avon products door-to-door. She also was an avid bowler in women’s leagues, regularly played canasta with her friends and later with her grandchildren, and always delighted in besting her children and grandchildren at checkers.

Mrs. Burchfield also enjoyed cooking and gardening. Holiday meals were lavish events featuring home cooked turkey, ham, vegetables from the family garden, and pies of every description. She embellished the lawn of each home with beautiful plantings of roses, rhododendrons, and azaleas, as well as daffodils, impatiens, and petunias, winning neighborhood awards for nicest lawn.

A long time and active member of First Baptist Church of Asheville, she was a devout Christian who served her Lord by setting a strong example for her family and friends.

In lieu of flowers, donations may be made in Mrs. Burchfield’s name to the First Baptist Church of Asheville.

A video tribute created by the family may be viewed via this link: Burchfield Video Tribute