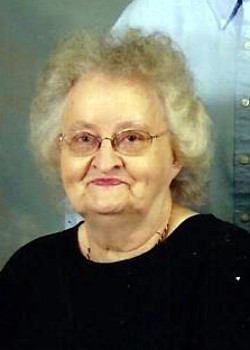 Annette Jackson Anders, 77, of West Asheville, went to be with the Lord November 4, 2013, at CarePartners Hospice Solace. Annette was born on February 11, 1936 to the late James D. Jackson and Jimmie Kate Revis Jackson. She was also preceded in death by her brother, J.D. Jackson. She is survived by her husband of 53 years, Harold Wendle Anders; sons Phillip C. Anders of the home, and Wendle Anders and wife Angela of Morganton; sisters Helen Marlowe and husband Richard of Fairview and Becky Taylor and sister-in-law Sally Jackson, both of Asheville; and two grandchildren, Hannah and Matthew Anders of Morganton. Annette is also survived by a number of nieces and nephews that she loved very much. Annette retired from Continental Teves of Fletcher, NC. The family would like to express their gratitude for the care and concern shown by the staff of CarePartners Hospice Solace Impatient. Visitation will be at 2:00 p.m. on Wednesday at Emma Baptist Church, 520 N. Louisiana Ave., of which Annette was a member, followed by the Funeral Service at 3:00 p.m. Burial will follow at Forest Lawn Memorial Park. Officiating for the family will be Billy Kirk and John Ward. At other times, the family will be at the home of Helen and Richard Marlowe, 445 Upper Brush Creek Rd., Fairview. Flowers are appreciated, or memorials can be made to Emma Baptist Church, 520 N. Louisiana Ave., Asheville, NC 28806, or to CarePartners Hospice, PO Box 25338, Asheville, NC 28813. Groce Funeral Home on Patton Ave. is assisting the family.