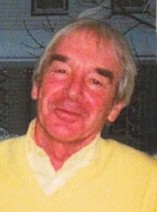 Anthony M. Boganny of Asheville, NC, by way of London, England, peacefully passed away on the evening of January 7, 2021. He was 83.

He is survived by his son, Luke Boganny, his daughter-in-law, Mollie, and three grandsons, Henry, Everett and Jack.

Anthony came of age during World War II and remembered vividly the sounds of bombs dropping on his house in Hampstead Heath. The years that followed were stark with food rations and various hardships. Anthony would fondly recall the first time he set eyes on a banana and the delectable enjoyment of ice cream. Anthony’s curiosity with food led him to open one of the first restaurants on the island of Ibiza called Toto’s. His culinary adventures also took him to Charleston, SC, where he opened one of the first Italian restaurants, Iljardino’s, what is now 82 Queen. Anthony was also in collaboration with the original McCrady’s club in Charleston, which at that time was a dining club. Anthony would later enter the profession of estate manager and go on to live in Manhattan, Paris, Switzerland, and Rhinebeck, NY. Anthony was well traveled and enjoyed regaling in his adventures in Africa.

Anthony possessed an abundance of charm and wit. Always quick with a story, he could command attention at a dinner party for hours. His absence will not go unnoticed and he will be greatly missed by all those who knew him.