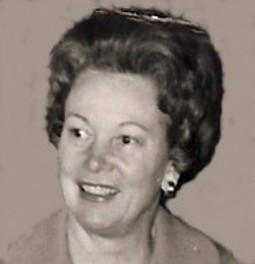 Antoinette Salley Burdett of Flat Rock, NC departed this life on April 24th. Born in Statesville, NC in 1923, she was the daughter of the late William Moss Salley and Winifred Swift Salley. She grew up in Asheville and graduated from Lee Edwards High School as well as Duke University where she was President of Pi Beta Phi Sorority. In 1941 she and one of her classmates became the first female cheerleaders at Duke after a landmark vote of the entire student body. In 1947 she was crowned Queen of Rhododendron in Asheville. As a devoted and gracious military wife she and her late husband, Lt. Gen. Allen M. Burdett, Jr., raised their family in various locations throughout the US. They were last stationed at Fort Sam Houston, TX where he served as Commanding General of the 5th Army. She was a very caring and generous mother, grandmother, sister, aunt and friend. She epitomized Southern grace and dignity. She loved her home in Kenmure and enjoyed cooking for and entertaining her family and friends. She loved going to "The Outpost," her beach house on the Gulf Coast of FL. She will be remembered and missed by all whose lives she touched. The family would like to give their sincere appreciation to the staff of Four Seasons Hospice at Elizabeth House and to her personal caregiver, Katherine Pressley, for their tender care and compassion during her final weeks. In addition to her husband, she was preceded in death by her daughter, Margaret Burdett Clouse of Ozark, AL; her brothers, Alfred Nathaniel Salley and William Moss Salley, Jr. of Asheville. She is survived by her three sons: Allen M. Burdett, III and wife, Elizabeth, of Saluda; William M. Burdett and wife, Lee, of Tuxedo; and Douglas N. Burdett and wife, Pamela, of Norfolk, VA; eight grandchildren: Aaron Burdett and wife, Jade; John Burdett and wife, Emily; Joseph Burdett; Mitchell Burdett; Daniel Burdett; Mary Margaret Burdett; Norwood Burdett; Emma Burdett; a great-granddaughter, Emma Woodward-Burdett; a niece and several nephews. There will be a graveside service at Fort Sam Houston National Cemetery, San Antonio, TX on Friday May 2. A memorial service and celebration in NC will be scheduled for a later date. Memorials can be made to Four Seasons Hospice and Palliative Care, 571 South Allen Road, Flat Rock, NC 28731 or Sunshine Cottage School for the Deaf, 103 Tuleta Drive, San Antonio, TX 78212.