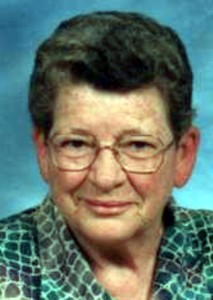 ARLENE S. MORGAN Judith Arlene Shook Morgan, 75, of 87 Morgan Branch Road, Leicester, died Saturday, February 9, 2008, at the John F. Keever Hospice Solace Center. Mrs. Morgan was a native of Buncombe County and was a daughter of the late Wiley B. and Vergie Sluder Shook. She was a 1950 graduate of Leicester High School where the excelled in sports and was named "Most Athletic" member of the 1949 girls' championship basketball team. She was also a graduate of Blanton's Business College and was an active member of Grace United Methodist Church. She was a former employee of Schley & Williamson Insurance Agency and of Newman Wholesale Co. She served as a bus driver for the Buncombe County School System for 30 years. Mrs. Morgan was a loving and devoted wife, mother, grandmother, sister and friend and is survived by her husband of more than 50 years, Don E. Morgan; one son, Neal Morgan and his wife, Ava, of Leicester; two grandsons, Eli Morgan and Nathanael Morgan; one sister, Clara "Marie" S. McIntyre and her husband, Hugh; and two brothers, Beryl Shook and his wife, Maureen, of Advance and Carroll Shook and his wife, Mary Lou, of Leicester. Funeral services will be at 2:00p.m. Tuesday at Grace United Methodist Church with the Rev. Dr. William E. Zopp officiating. Burial will be in the church cemetery. The family will receive friends from 6:30 to 8:00 p.m. Monday at Groce Funeral Home on Patton Avenue where Mrs. Morgan hill remain until being placed in the church 30 minutes prior to the service. Memorials may be made to Grace United Methodist Church, Newfoud Road, Leicester, NC 28748.