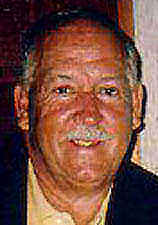 Barry Eavenson, 61, of 25 Holly Lane, Asheville died unexpectedly Saturday, October 25, 2008, in Hampton, SC. Mr. Eavenson was born in Haywood County and lived in Asheville he was a son of the late Thomas D. "Tom" Eavenson. He was preceded in death by his son, Ricky Brian Eavenson, an identical twin brother, Garry Eavenson, and a son-in-law, David Allen Walker. He was member of New Morgan Hill Baptist Church. He was a graduate of Wingate University and was president of Appalachian Stove, Inc. He was the owner and operator of E & E Motors. He was a hard working man who was loved and respected by all who knew him. His family and grandsons who knew his as "Pa-Paw" were the most important thing in his life. They were the sunshine of his life. Other than his family his favorite past time was hunting. Barry was a self-made man having built his own house, 2 businesses, Appalachian Stove, with his late twin brother, Garry Eavenson and co-owner of E & E Motors with his late son, Ricky Eavenson. He loved old cars and car parts. The saying could never be truer, "One man's junk is another man's treasure." Those who had the privilege of knowing Barry knew what a jewel of a man, husband, dad, Pa-Paw, son, brother, uncle, and friend he was. He helped so many people and never wanted acknowledgement for his good deeds. His grandson's described him as "being the BEST!" Left to cherish his memory and carry on his legacy are his wife of 41 years, Ailene Fortner Eavenson, a daughter, Karen Eavenson Walker Henson, and her husband, Rick Henson of Bethel, a daughter-in-law, Dawn Eavenson Weems, of Candler; grandsons, Ricky Elvis Eavenson, Kameron Brian Walker, and Neyland David Walker, 2 step-sons, Cody Michael Henson and Kalam Walker Henson, his mother and step-father, Valerie Eavenson Holloway and the Rev. Virgil Holloway; two sisters, Patsy Plemmons and her husband Larry of Surfside, SC, and Peggy Messer and her husband Manson of Canton; two brothers Tommy Eavenson and his wife, Vicki, of Canton; and Scott Eavenson and his wife, Kathy of Waynesville and a sister-in-law, Peggy Eavenson, of Asheville, many nieces and nephews, and many people who loved him and were his friends. A funeral service will be at 6:00 p.m. Tuesday in the Chapel of Groce Funeral Home on Patton Avenue with the Revs. Roy Houston and Virgil Holloway officiating. Burial will be at 11:00 a.m. Wednesday at Forest Lawn Park. The family will receive friends at the funeral home Tuesday evening following the service. Memorials may be made to the building fund of New Morgan Hill Baptist Church, 370 Lake Drive, Candler, NC 28715. Barry's hard working ethic, wisdom, and love of his family and friends will be missed by all who knew and loved him.