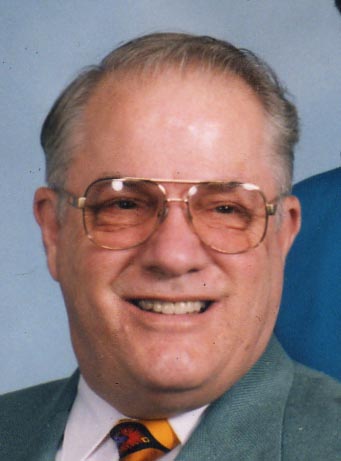 BENJAMIN ELLIS SKILLMAN Ben Skillman died Monday, December 1, 2003, at his home at 1502 Hyde Park Drive, Asheville. The only son of Margaret W. and Philip B. Skillman, who predecease him, he was born in Raleigh, NC on August 13, 1932. He was proud to have served in the United States Air Force. Mr. Skillman was a fifty year member of First Baptist Church of Asheville. He was an ordained deacon, sang in the church choir and men’s chorus, taught Sunday school, led Mission Groups and served on numerous committees. Mr. Skillman served as President of the Asheville Lions Club and President of the Spina Bifida Association of North Carolina. He was a graduate of Mars Hill College and Western Carolina University with further graduate studies at the University of Virginia. He taught at Virginia Southern College in Roanoke, Virginia for several years and after returning to Asheville in 1966 began his career with Blue Cross Blue Shield of North Carolina. He was with Blue Cross Blue Shield for 27 years, first as a Provider Relations Representative and later as an Electronic Network Representative, retiring in 1994. He is survived by his wife of 49 years, Nancy Murray Skillman; daughter Patricia Skillman Bolinski and her husband Peter of Maui, Hawaii; son Philip Murray Skillman of Washington, DC; and two granddaughters, Amy and Kristin. He is also survived by his sisters, his twin Catherine Peyton of Springfield, Virginia and Joyce McKenzie and her husband Jim of Greensboro. He leaves several nieces and nephews. His greatest loves were his God, his family, his church and classical music. Memorials may be made to the Music Ministry of First Baptist Church, 5 Oak Street, Asheville, NC 28801, or to a charity of one’s choice. A memorial service will be held at First Baptist Church of Asheville Thursday, December 4, at 2:00 p.m. with the Reverend Dr. Guy G. Sayles, Jr. officiating. The family will receive friends immediately following the service.