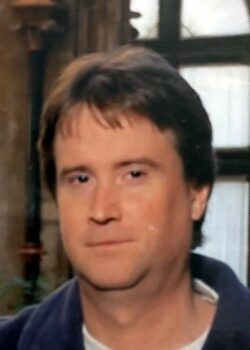 Berkley Gene Underwood passed away peacefully on the eve of August 31st, 2021 at Mission Hospital after a brief illness.

A native of Asheville, NC, he was the son of Gene Underwood and Ina Underwood Parr. Berkley was a graduate of Enka High School and A-B Technical Community College where he earned a degree in Electronics Engineering Technology and worked as a tutor for students. He pursued a degree in Electrical Engineering while attending UNC-Charlotte.
Berkley was preceded in death by his father, Gene Monroe Underwood, and his step-father, James Howard Parr and several uncles and aunts.

Early on Berkley learned to love the sport of trout fishing taught to him by his father, who was Dean of Boys and Track Coach at Lee H Edwards High School in Asheville, N.C. He also followed his father’s interest in bow hunting. He was very fortunate to have two fathers who loved the outdoors and helped him to achieve a better understanding of the environment and nature. His step-father was Chief Park Ranger of the Blue Ridge Parkway. Berkley felt lucky to hear his tales about the experiences of a Park Ranger in the National Park Service. Berkley was a lover of music. He listened to music and he also played drums, cymbals and piano. He was very good at the beat of the drums and cymbals.

Friends are invited to gather with the family on Saturday, September 4 at 10:00 a.m. at Green Hills Cemetery to honor Berkley with a graveside service conducted by Pastor Karen Kurtz, Montmorenci United Methodist Church.

Friends may visit at Groce Funeral Home on Patton Avenue until 6 pm Friday, and from 8 – 9:00 am Saturday.

Social distancing and masks will be required for everyone’s safety at the graveside service.

In lieu of flowers, memorials may be made to the WNCC UMC Tropical Storm Fred Relief Fund, PO Box 2757, Huntersville, NC 28070.