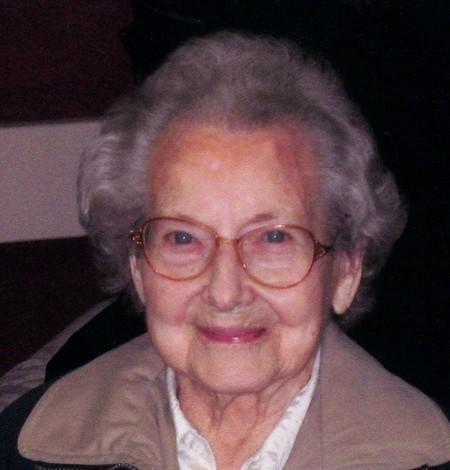 Beth Roberts Gilbert, 102, of Pisgah Manor Nursing Home, passed away on Tuesday, April 3, 2012. She was born on August 28, 1909 in Yonkers, NY and was a resident of Asheville since 1926. She was the daughter of the late Joseph Pickett Roberts and Daisy Emma Hodgson. Beth was preceded in death by her husband, Clarence N. Gilberts, an Asheville attorney. She is survived by her son Robert N. Gilbert, his wife Carol of Asheville and three grandchildren Kenneth B. Gilbert and his wife Brenda, David G. Gilbert and Michael S. Gilbert. Her surviving sisters are Lois Foley of Virginia and Grace Scott of Colorado. She had three great grandchildren and three great, great grandchildren. In 1942 she was employed by National Furniture Company (now Shipley's) as bookkeeper/office manager, retiring in 1972. She was an alumni of Berea College. Beth was a member of the Asbury Memorial UMC for nearly 80 years. She served her church over the years as treasurer, council member, president of the Ernestine Buckner Circle of United Methodist Women and music librarian for the senior choir. The memorial service will be held at Groce Funeral Home, Tunnel Road, on April 14, 2012 at 2 pm. Rev. Lisa Hartzog Hannah will officiate. The family will receive friends and family during the hour prior to the memorial service. In lieu of flowers, memorials may be made to Asbury Memorial United Methodist Church, 171 Beaverdam Road, 28804.