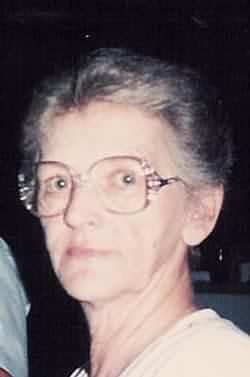 Beverly Brooks Calvin, 63, of 43 Duckett Rd., Candler, died Sunday, May 27, 2001 in the Hospice Solace Center. A native of Buncombe County, she was the daughter of the late Charlie P. and Isabelle Osborne Brooks. She was also preceded in death by a son, Charles R. “Chuck” Calvin Jr., who died in 1980. She was a retired office worker and was very active in the Democratic Party and the School Systems. Mrs. Calvin was also a member of Acton United Methodist Church. She is survived by her husband, Roger Calvin Sr.; daughters, Kay Calvin and Kim Cable and her husband Dan; son Tony Calvin and his wife Debbie all of Candler; and grandchildren, Chris Calvin, Michael Stewart, Danny Cable, Danielle Cable and Kimilee Cable. Memorial services will be 7:00 p.m. Wednesday at Acton United Methodist Church with Rev. Paul Hacklander officiating. Her family will receive friends one hour prior to the service at the church. Memorials may be made to Acton United Methodist Church, 171 Sand Hill School Rd., Asheville, NC 28806 or to Mountain Area Hospice, PO Box 25338, Asheville, NC 28813. Groce Funeral Home, Patton Avenue is in charge of arrangements.